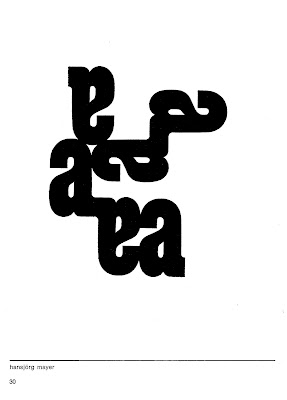 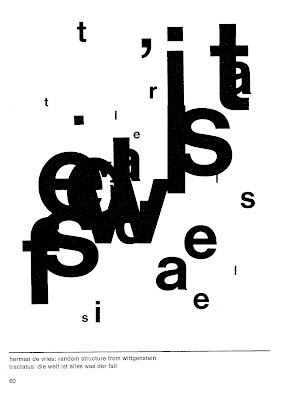 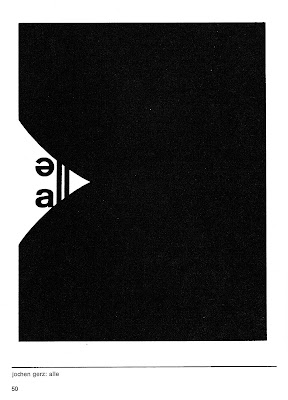 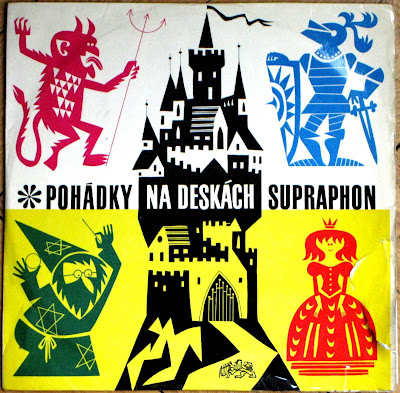 Sounds of the space age 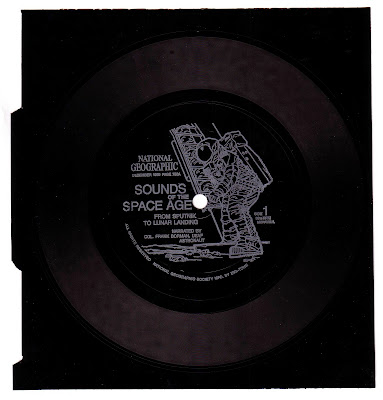 The last part (so far) of our little flexi fever series takes us to outer space. Visually much more interesting than aurally. Zoom in, it's beautiful.
Eingestellt von dispo um 22:05 0 Kommentare 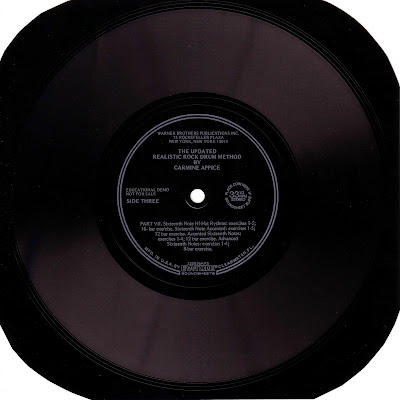 There will be one more post in my little flexi-fever-series (and then it's christmas).
Eingestellt von dispo um 15:42 0 Kommentare 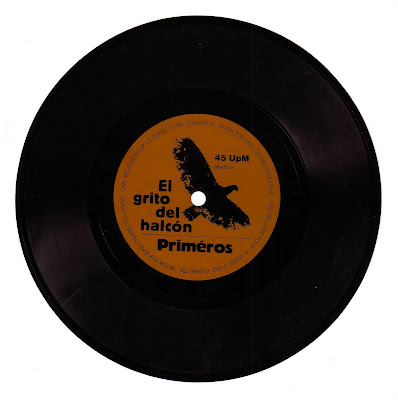 flexi-discs from the eastern block in primary colors 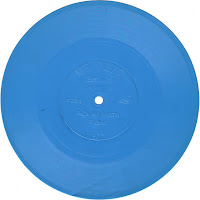 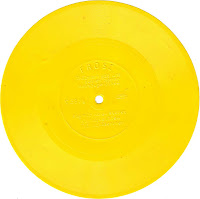 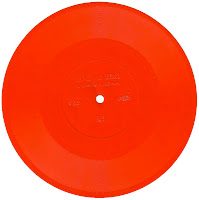 I found these years ago, possibly in Berlin. All three are labeled with the Melodiya logo. The blue one is easy listening instrumentals, label in cyrillic. The yellow and and the red one are from the GDR youth magazine "Frösi". The yellow one contains songs from the FDJ (the official GDR youth organisation), among them the infamous (yet catchy) who-is-not-with-us-is-against-us hymn "Sag mir wo du stehst" ("tell me where you stand"). The red one is a feature about the conquest of the Kosmos.
All run on 33 1/3 and are double-sided.
Eingestellt von dispo um 23:11 3 Kommentare 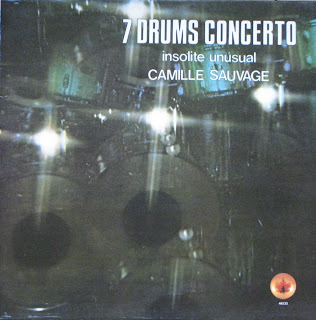 Camille Sauvage (aka Eric Framond) is one of my favorites in the world of library music. For 7 Drums Concerto, he formed a dream team with Nino Nardini (aka Georges Teperino), who is credited for engineering, electronics and special fx. This is mainly audible on side B. "Knockin' Bells" is the killer track here, definitely one of my favorite library tracks ever with its loud, fx-loaden percussion, heavy synth bass, random bubbling, in-your-face-bells (inspired by Henry/Colombier?) and general exaggeration. And don't miss the Voodoo ballet ("ballet vaudou") with its odd 17/4 meter, filter-beat, howling clarinets (a Sauvage speciality) and intruding cut-up-bongodelica.
Furthermore, I have the impression that Sauvage and Nardini shared a deep passion for the lovely percussion instrument called Guiro (also very prominent in many other productions of both).

I'm not planning to frequently provide full rips here, but I made this one to fill a request of zero_ii, who posted so much quality stuff on his blog that I wanted to give something back. Check his current series of library music rips - amazing stuff, among them another one of Camille Sauvage's best records, Fantasmagories.
Eingestellt von dispo um 19:10 5 Kommentare 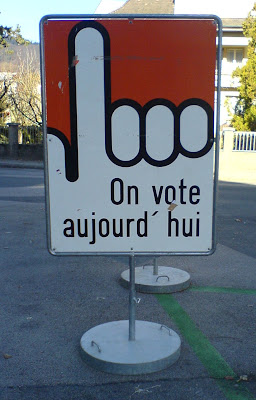 These wagging forefingers frequently remind us Swiss to vote (here's one I photographed recently in the french speaking part of the country). The reason why I post it today is sad, it looks like the right wing populists are about to win another xenophobe referendum.
Eingestellt von dispo um 14:12 2 Kommentare 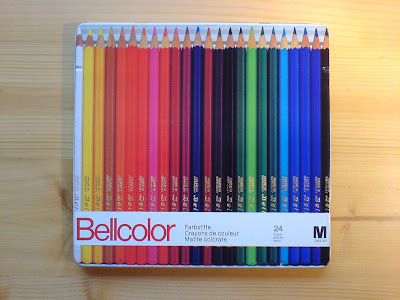 
The Delian Mode - trailer from Philtre Films on Vimeo.

Just received the DVD of this Canadian short documentary by Kara Blake on the great electronic music pioneer Delia Derbyshire (of BBC Radiophonic Workshop fame). I really enjoyed it, it's made with great sensitivity and a pleasant lack of exaggerating superlatives (unlike this piece on Delia that I watched just after it, sorry Unmann-Wittering, I still love your blog). The film is shown on many festivals at the moment, but you can also order the DVD for cheap on their website.
In any case, you need to know more about Delia Derbyshire! Start with this clip: 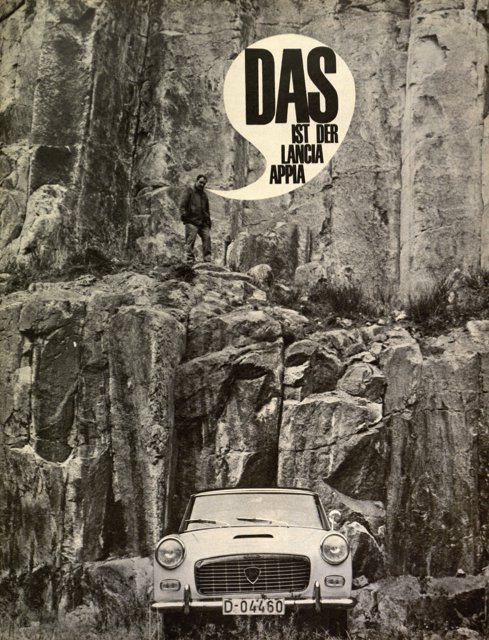 Fantastic page from an article about cars in the legendary German magazine Twen (number 10/1960), designed by Willy Fleckhaus.
The speech bubble just says: "THIS is the Lancia Appia"
Thanks to Dan for sharing his scan.

And here's a bonus Fleckhaus, from the series of about 70 records that twen published between 1961 and 1968 together with Philips. Check this book for more on this series. 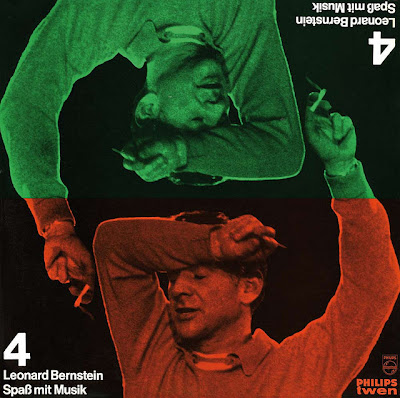 Swiss composers and video pioneers Jacques Guyonnet and Geneviève Calame discovered the EMS Spectre Video Synthesizer as early as 1973 and bought one in 1974. Only 14 of these machines were built, only very few survived. Luckily, Guyonnet gave his to AktiveArchive, a project for the conservation of video and digital art.


There it was restored by artist and engineer Flo Kaufmann.
Kaufmann used it at this year's Shift Electronic Arts Festival, where he set up, together with Michael Egger, an entirely analogue video lab in the festival exhibition (where also the videos by Guyonnet and Calame were shown). Besides the EMS Spectre, they used their own home made modular analogue video synthesizers and tons of other stuff, as you can see on the photos. The period of analog synthesis in the history of video lasted only for a short time from the mid-seventies to the early eighties (when the digital era started). Kaufmann and Egger's revisited this short period and sort of continued to write its history, ignoring what followed (but of course with the knowledge of today's visual worlds).

They also used their lab to create live visuals to the concert of Swiss electronic music pionneer Bruno Spoerri and Andy Votel's DJ set at the festival. Spoerri is also a famous user of EMS synthesizers (audio). He still uses his VCS 3, also on stage at Shift Festival, and had a Synthi 100 system. I'll post more about Spoerri soon.
Eingestellt von dispo um 11:03 2 Kommentare


Rolf Liebermann composed this piece for the Swiss Expo (National exhibition) 1964. It was displayed as an installation in the pavillion for banking, trade, insurance, office-organisation etc. They wanted to "make the offices talk for themselves", as an "orchestra conducted by an electronic control unit". Liebermann worked for months with engineers. It included 16 typewriters, 18 calculator machines, 10 cash registers, 12 punching card machines, 8 telexes, 16 telephones, 1 fork lift and many other machines that were new at the time and are now obsolete.
It was also released on 7", including a "Jazzversion" on the b side, played by Daniel Humair (dr), Pierre Favre (dr) and George Gruntz (prepared piano).
The piece was also an important inspiration for the Swiss pioneer of electronic Jazz/Pop/Advertising music, Bruno Spoerri. He told me it was a motivation to seriously engage in electronic music.
Eingestellt von dispo um 15:58 0 Kommentare

This post on the extraordinarily great toys & techniques blog made me re-check my records from the italian library music label Broadway. They released several records by Giampiero Boneschi, one of the big heroes of italian library music. His "A Normal Day" that I mentioned in my comment on t&t seems to be pretty unknown, so here's some information and sound snippets from some tracks. The catalogue number is BW 13091. All titles by Giampiero Boneschi & Sergio Farina. "A Normal Day" is a hilarious title for this rather far out music. Also, track titles like "terrorism", "delicate mission" or "it's dangerous" don't exactly sound like a normal day to me (I'm not a secret agent though). 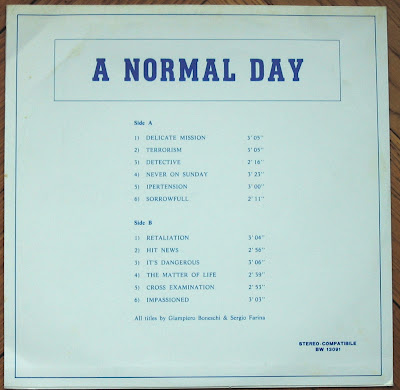 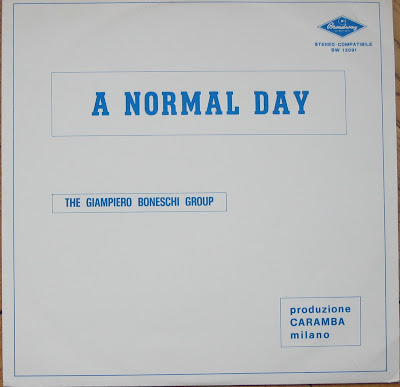 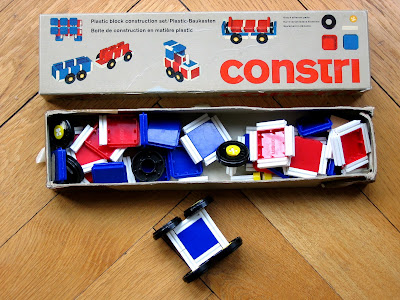 The company and the toy still exist and they use the same logo, but in a very different package design.
But check their current ad for their party bombs: 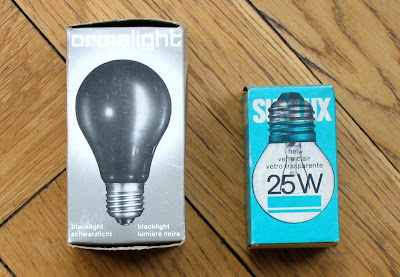 Found these at the flea market recently. Lovely package design. This blog might be about obsolete and obscure things, so why not start with something that's about to disappear? Bulbs are becoming forbidden fruits (bulbs are called "Glühbirnen" - "glow pears" in German)...
Eingestellt von dispo um 12:47 0 Kommentare