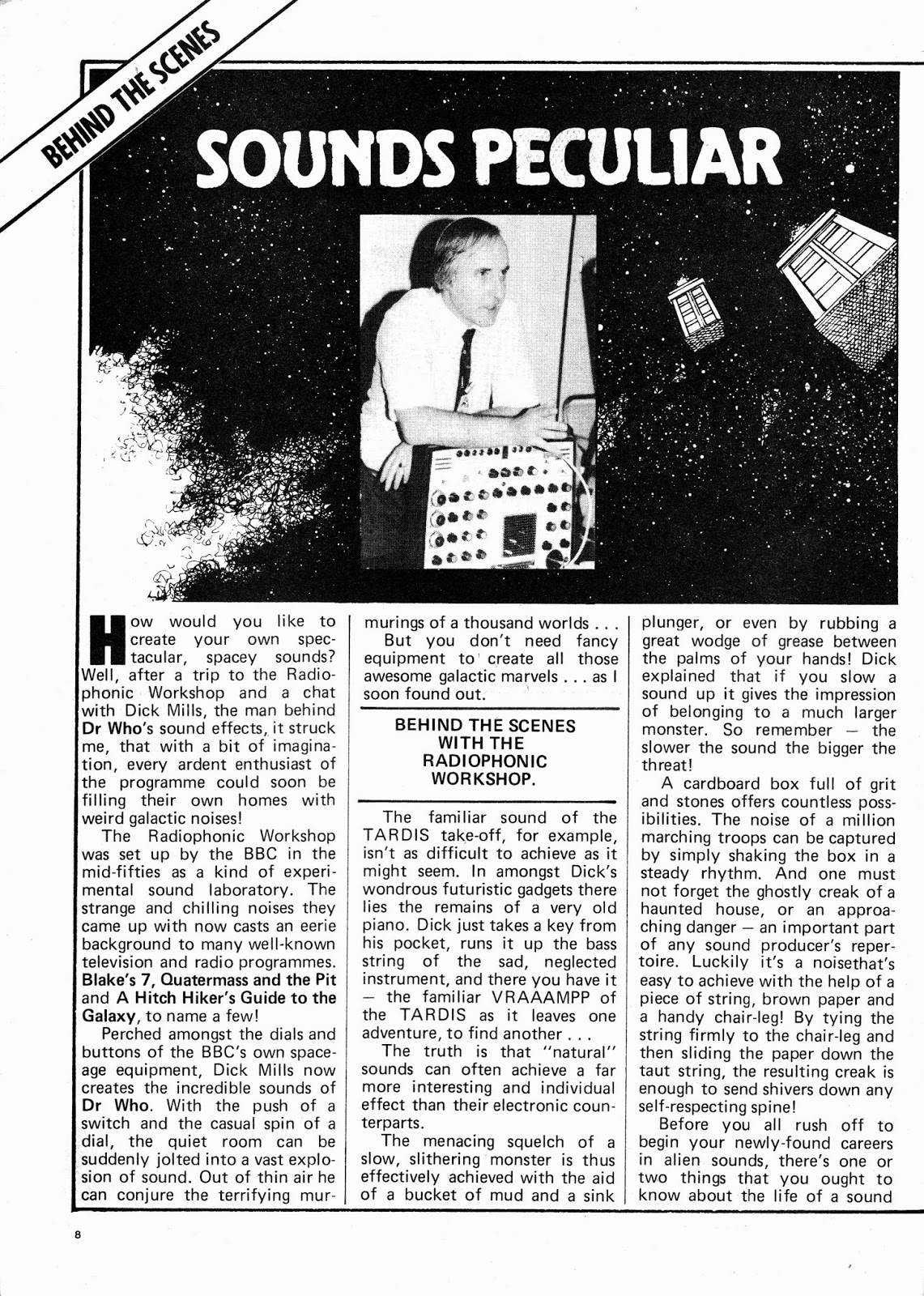 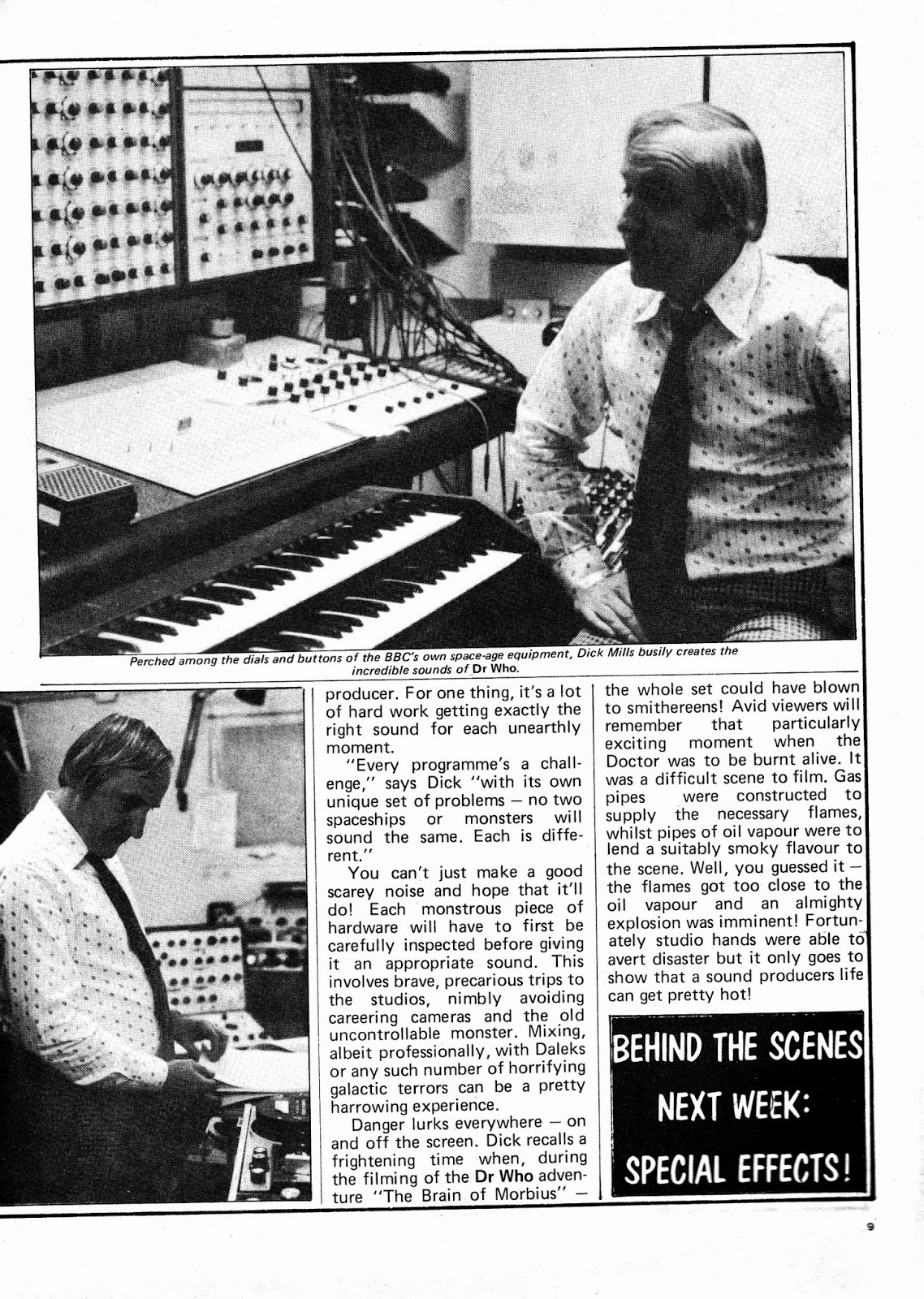 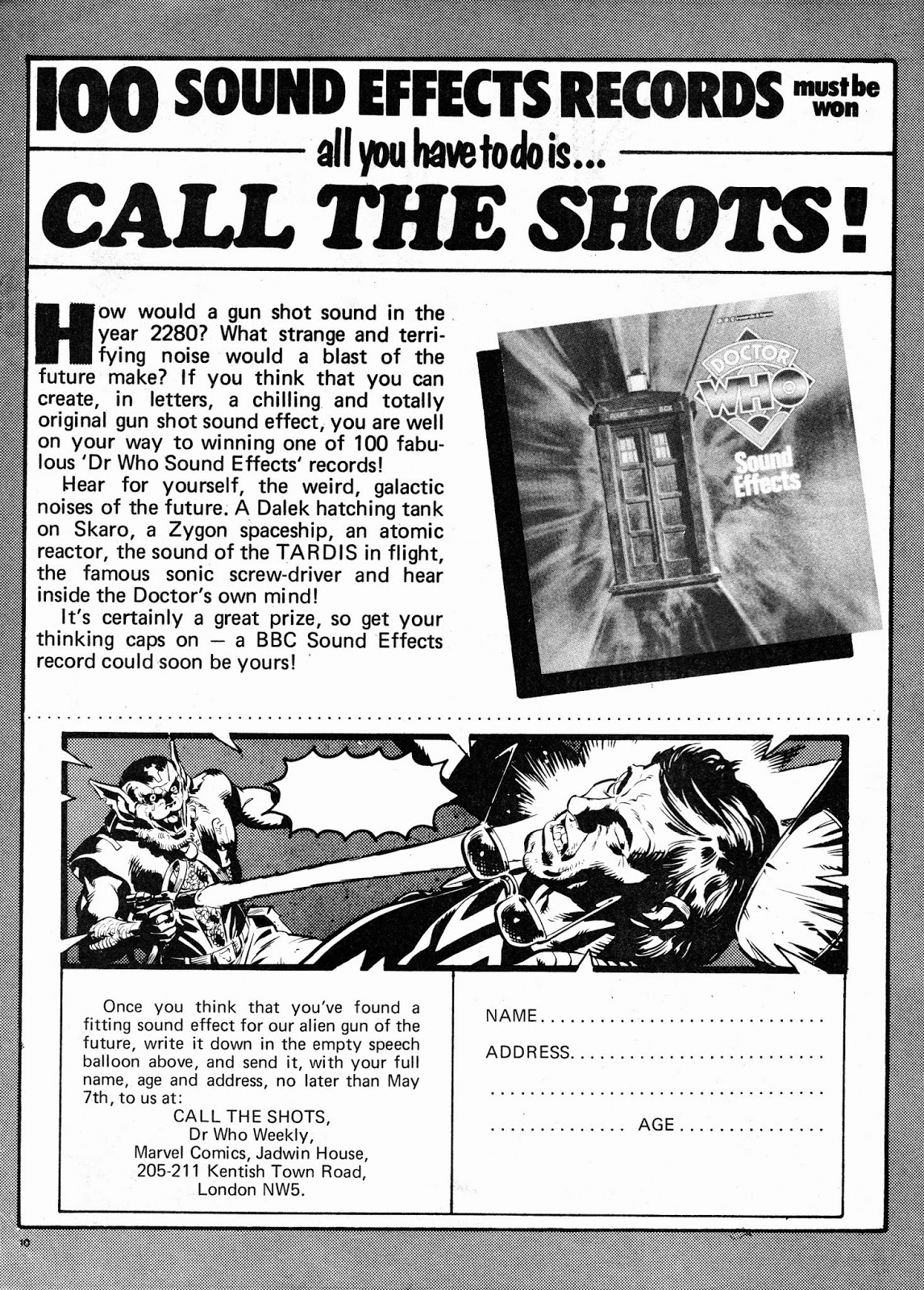 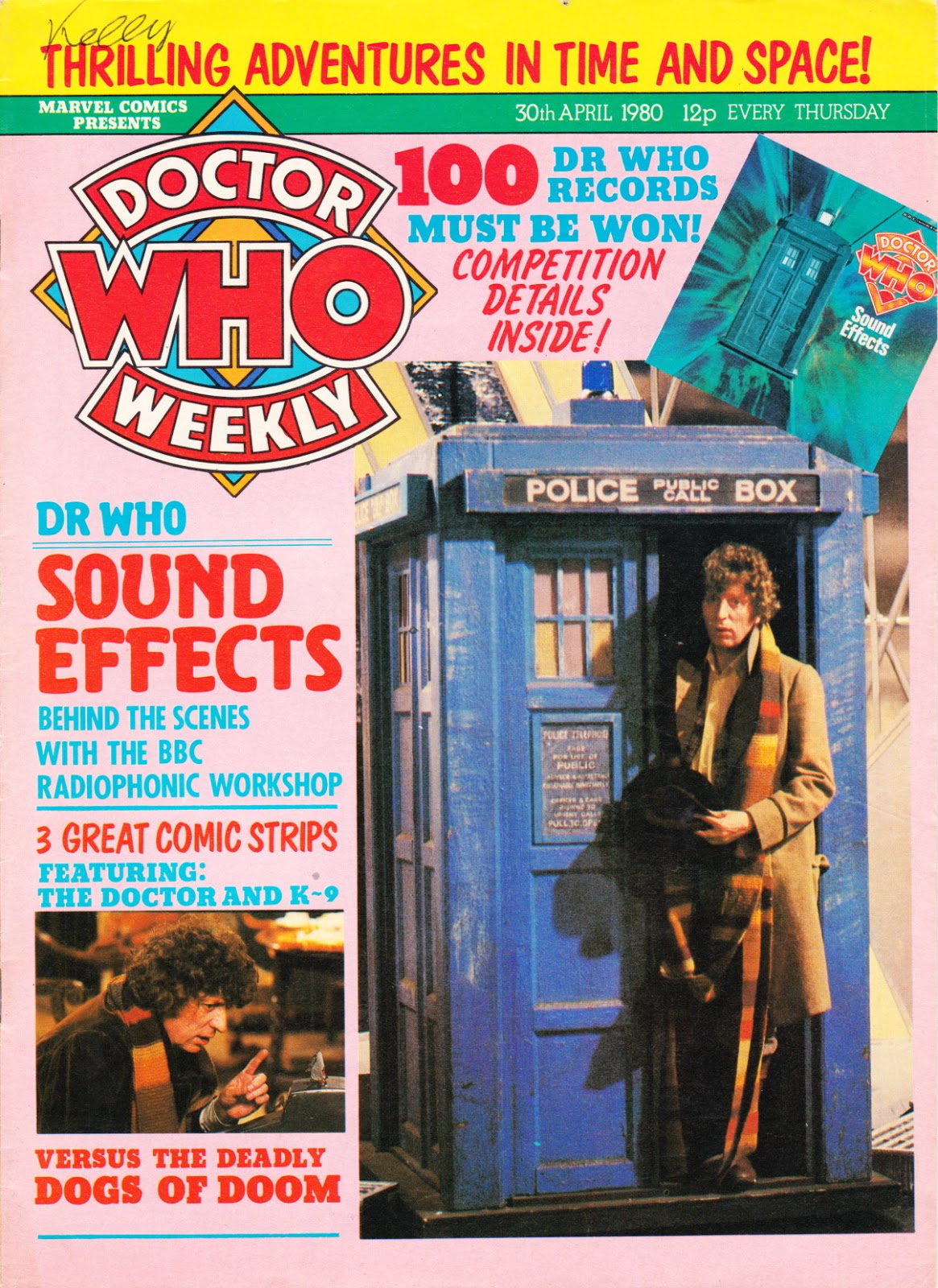 The information value of this article is rather limited. But this Doctor Who magazine somehow found its way to a charity shop in Switzerland and into my hands and probably some of you like both the BBC Radiophonic Workshop and Doctor Who (about the latter I know very little I must confess) so I thought I share it with you.

Bruno Spoerri (*1935) began experimenting with electronic devices 50 years ago (he mentions seeing Rolf Liebermann's piece "Les Echanges" at Expo 64 as an important moment of inspiration). First with simple, homemade effect machines, an Ondes Martenot and manipulated magnetic tapes, and later as one of the first musicians in Switzerland to own a big synthesizer system (an EMS Synthi-100) and use a computer. With a background in jazz - he has played and composed with successful jazz bands since the age of 17 - improvisation has always played a major role in his mu­sic, and as of the 1980s he began to speak of 'computer­assisted jazz'­. A trained psychologist, he was virtually self­taught as a musician and scholar of music technology. In the course of his career, Spoerri has not only given countless concerts and re­corded dozens of albums, but also forged a groundbreaking career in advertising, TV and film. Among other things, he was the inhouse composer and sound designer (before the term existed) of one of the first agencies for TV ads in Switzerland and composed the soundtracks for approx. 500 ads. Check this previous post for some of his TV ident soundtracks.

If you're a frequent reader of this blog, you know that I'm a big fan of Bruno Spoerri's work. I had the pleasure to work with him on several occasions, especially at the 2010 Shift Festival in Basel, where Bruno gave a concert and a talk and we showed a programme with film- and videoclips with his soundtracks. Here's some pictures from a recent visit at his Studio in Zurich. 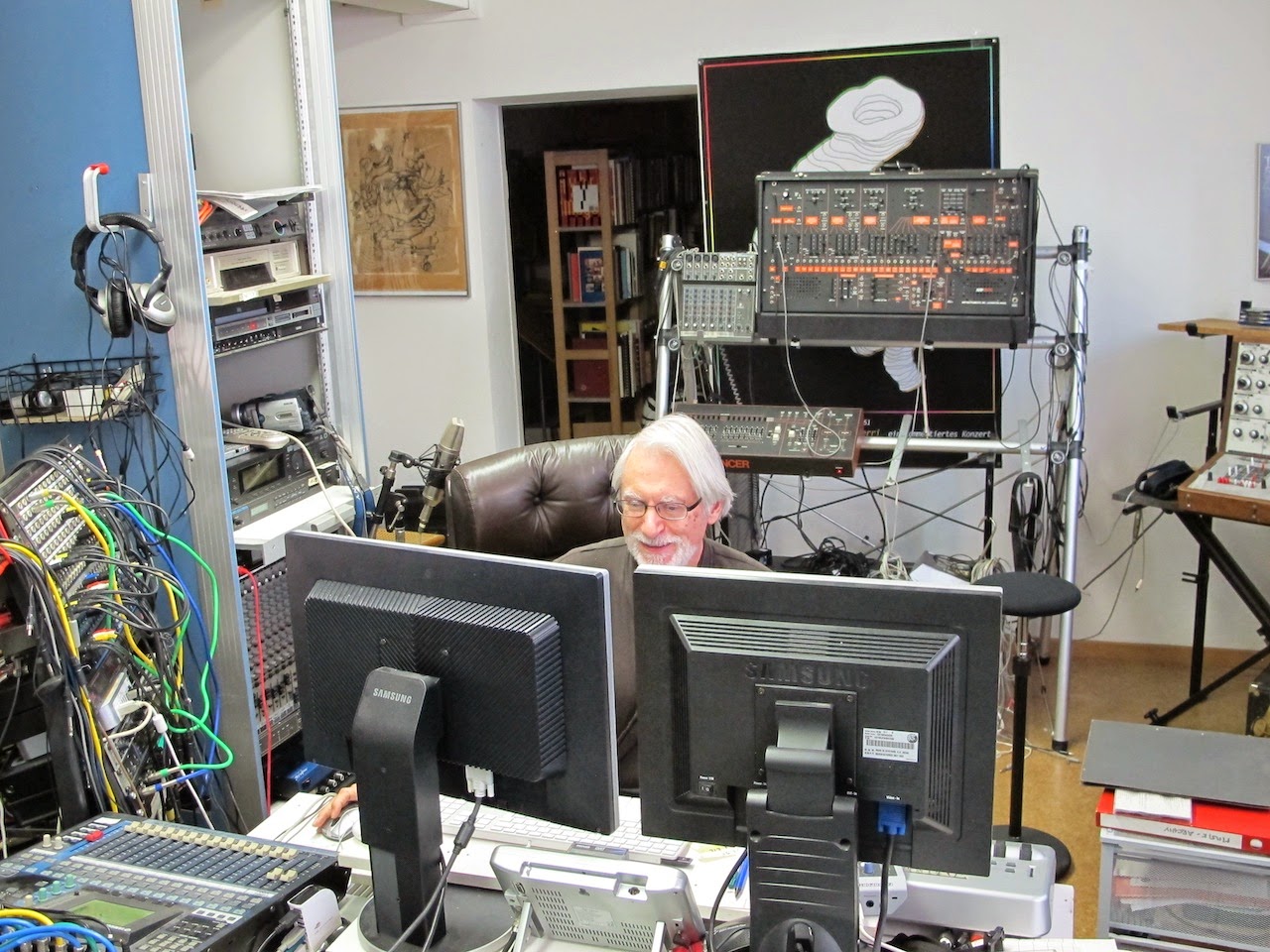 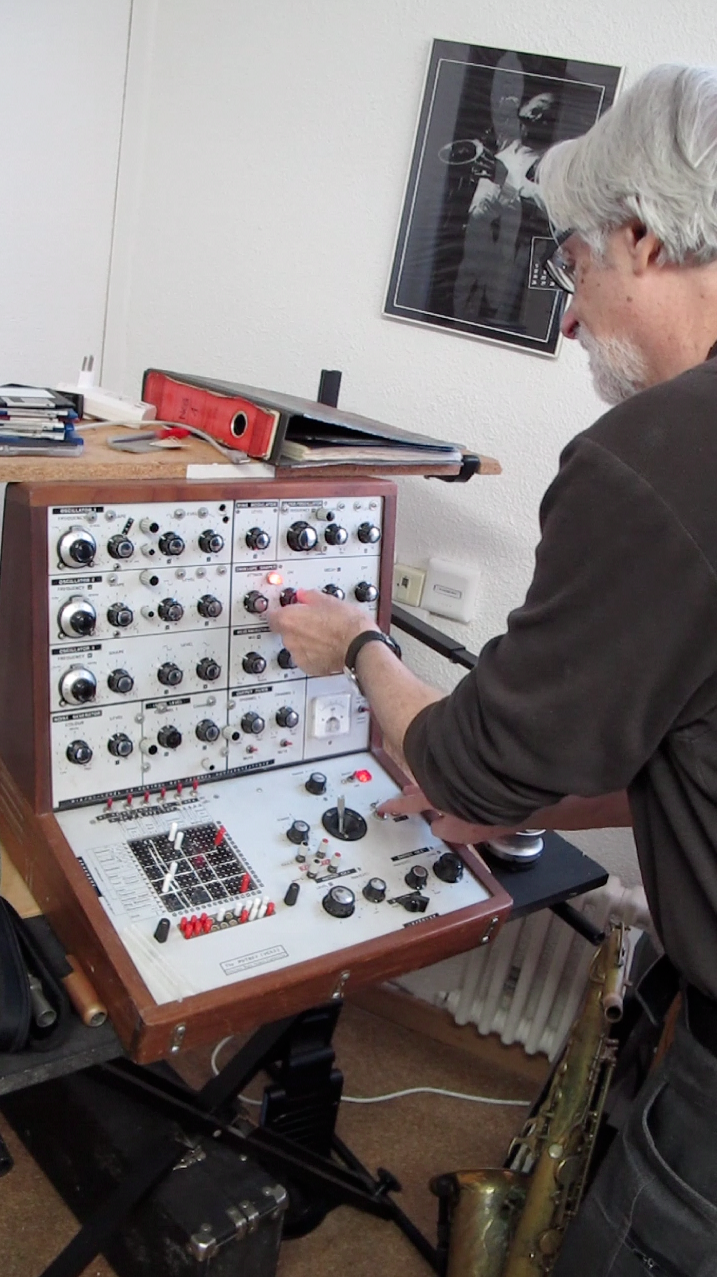 After the Ondes Martenot (he had since 1965) came the EMS VCS-3 in 1970, and he still has it. He modified it: "I used a Pitch to Voltage Converter to control the VCS-3 with my Saxophone. I needed my hands to play the saxophone, so I added some sort of "presets". There are switches that gave me the approximate functionality of a Minimoog without the need to use the patch panel. I also added trimmers to the oscillators and filters with a 4-way switch, so I could change transpositions easily. I could e.g. play in a 3 voice polyphony and even reverse the voltage to play mirrored voices. But I had to control and re-tune the trimmers before each concert. Most of the time it worked, but sometimes it got horribly out of tune in the middle of a show." 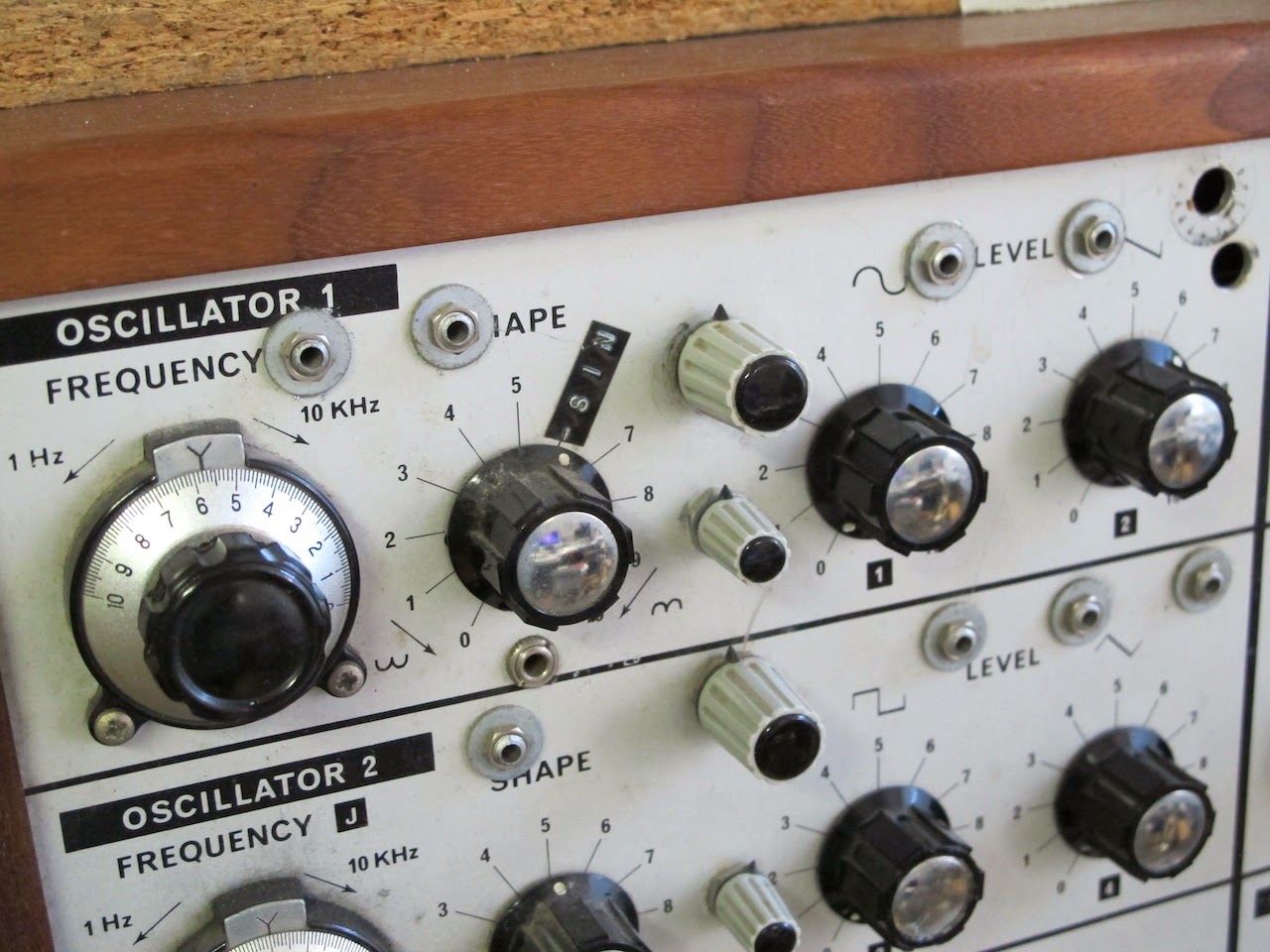 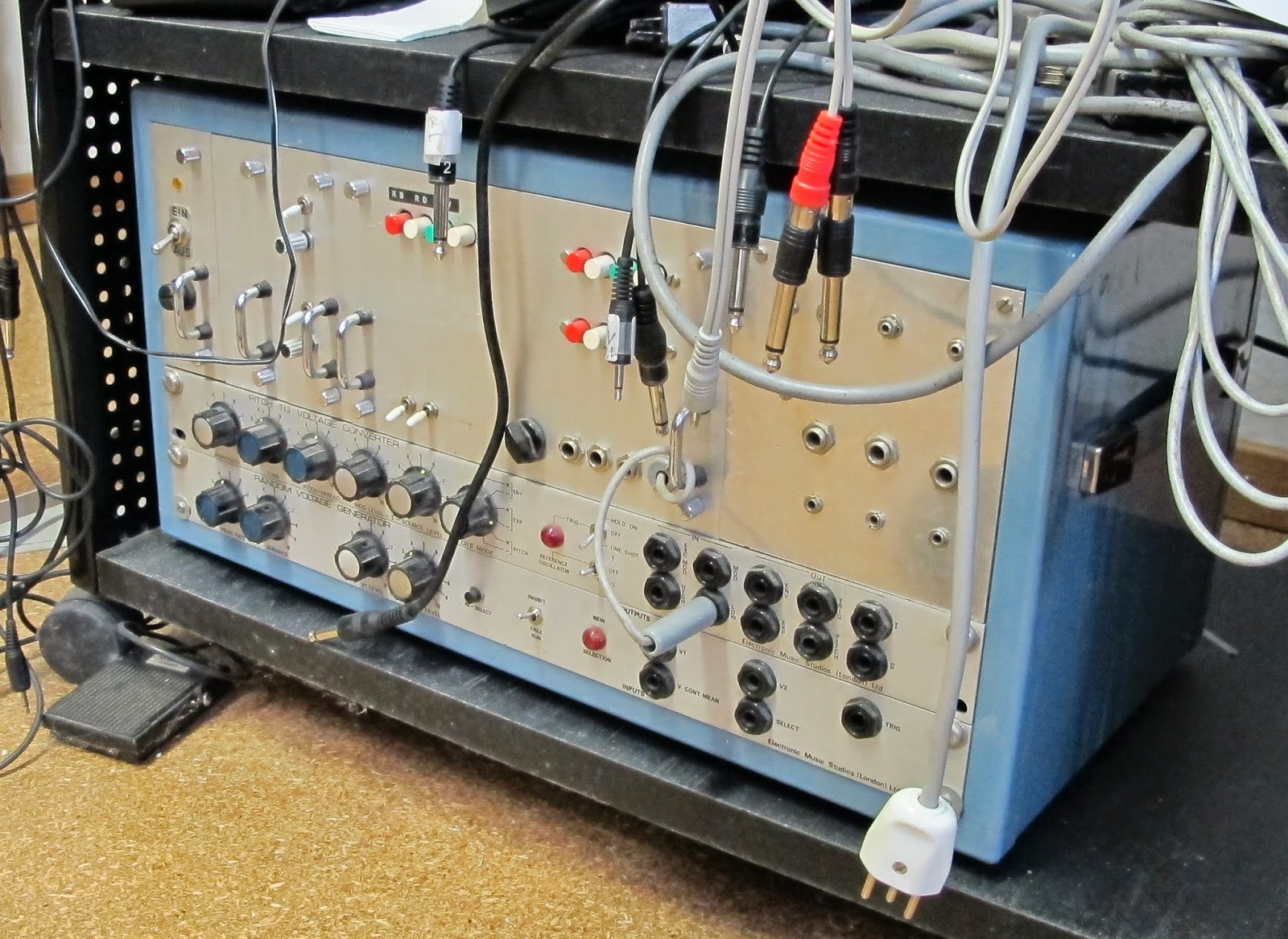 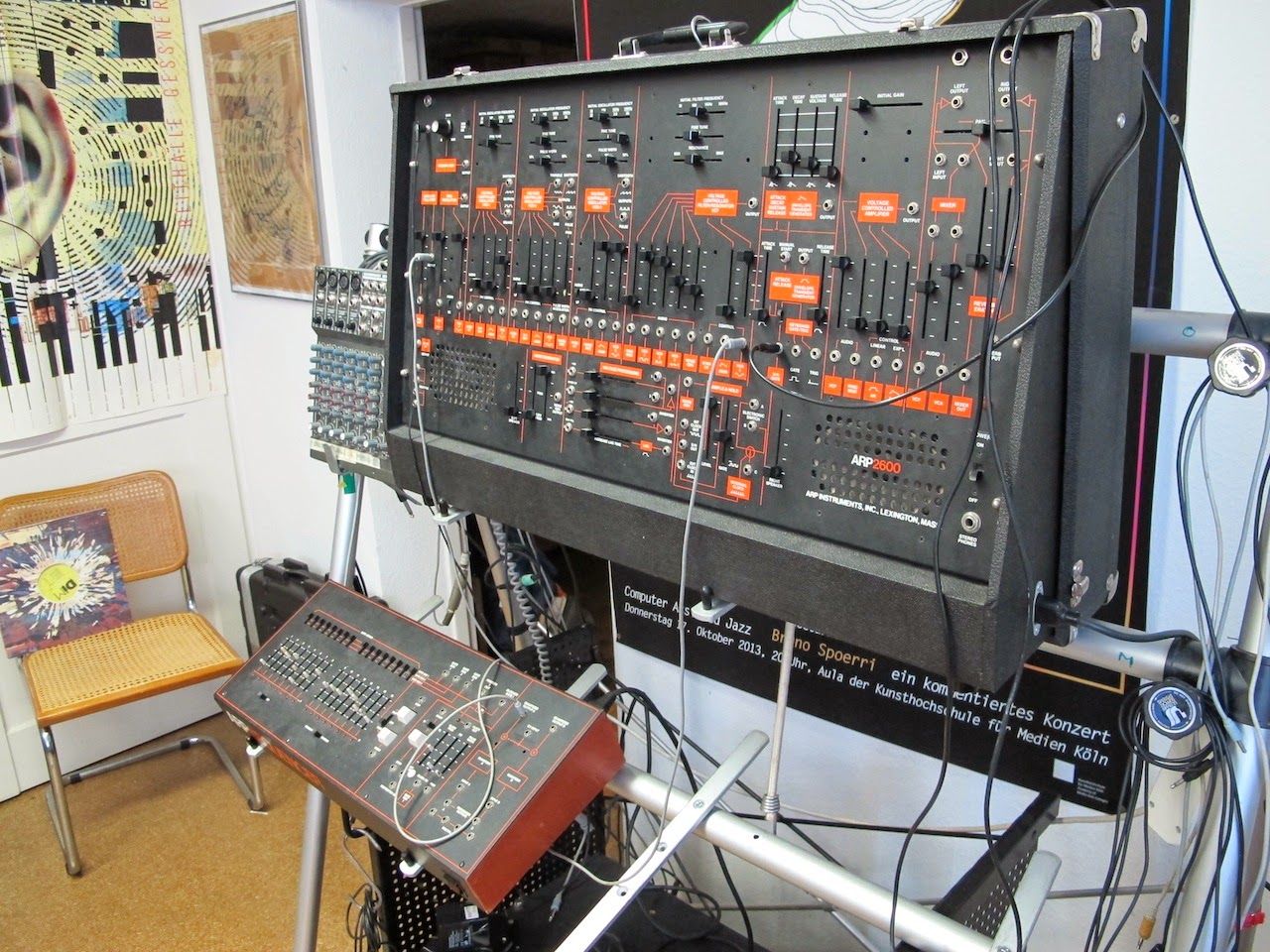 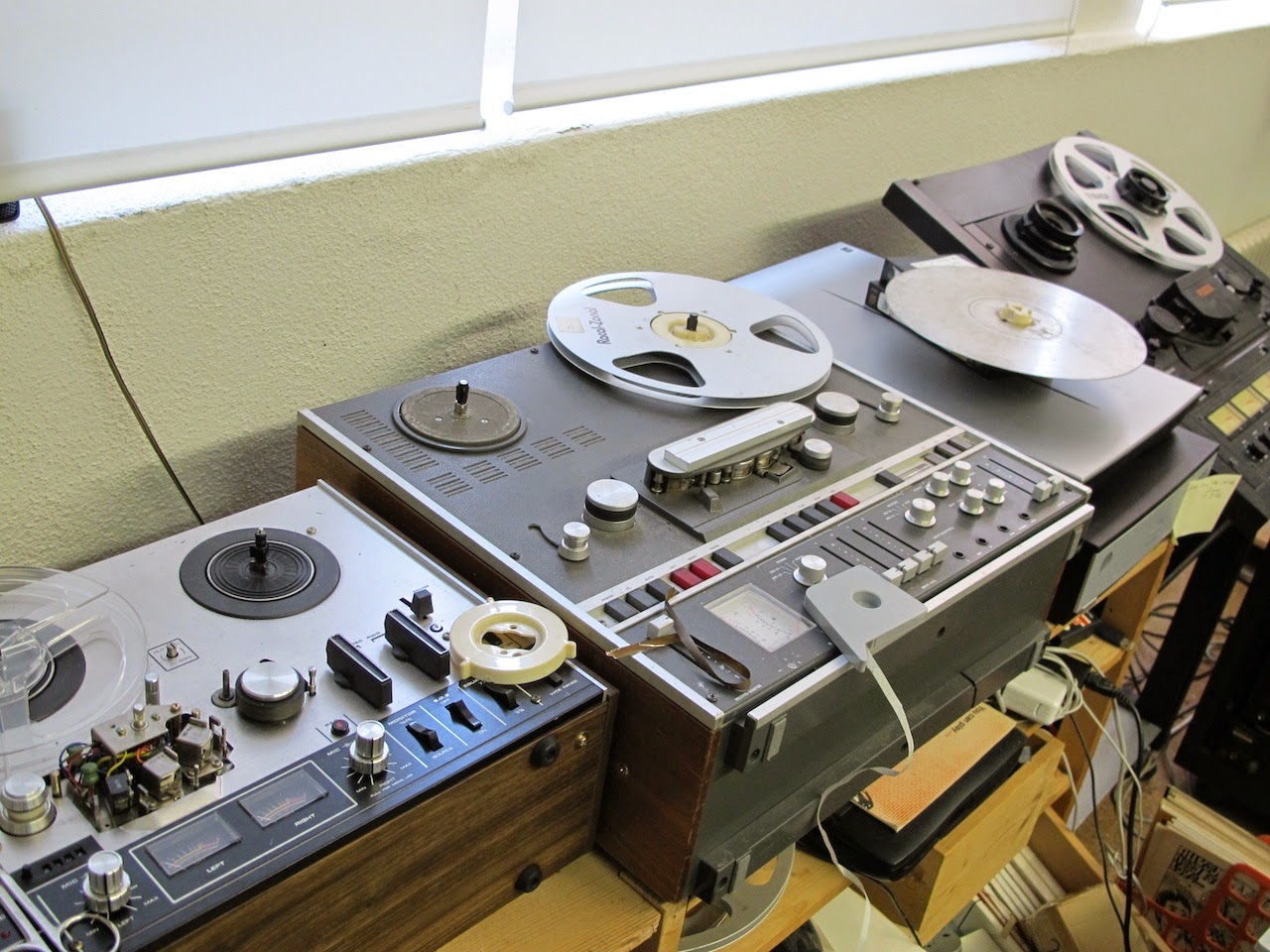 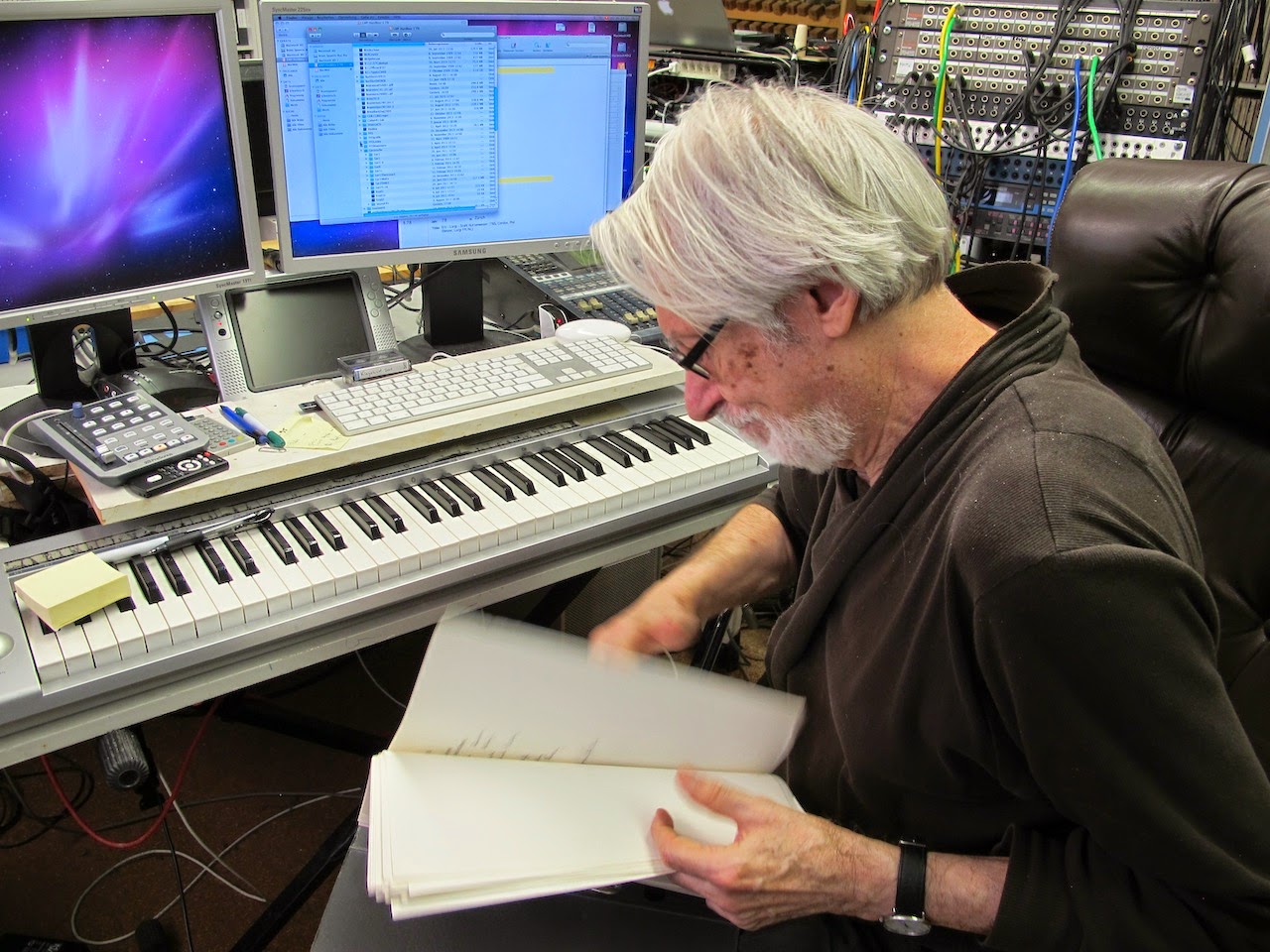 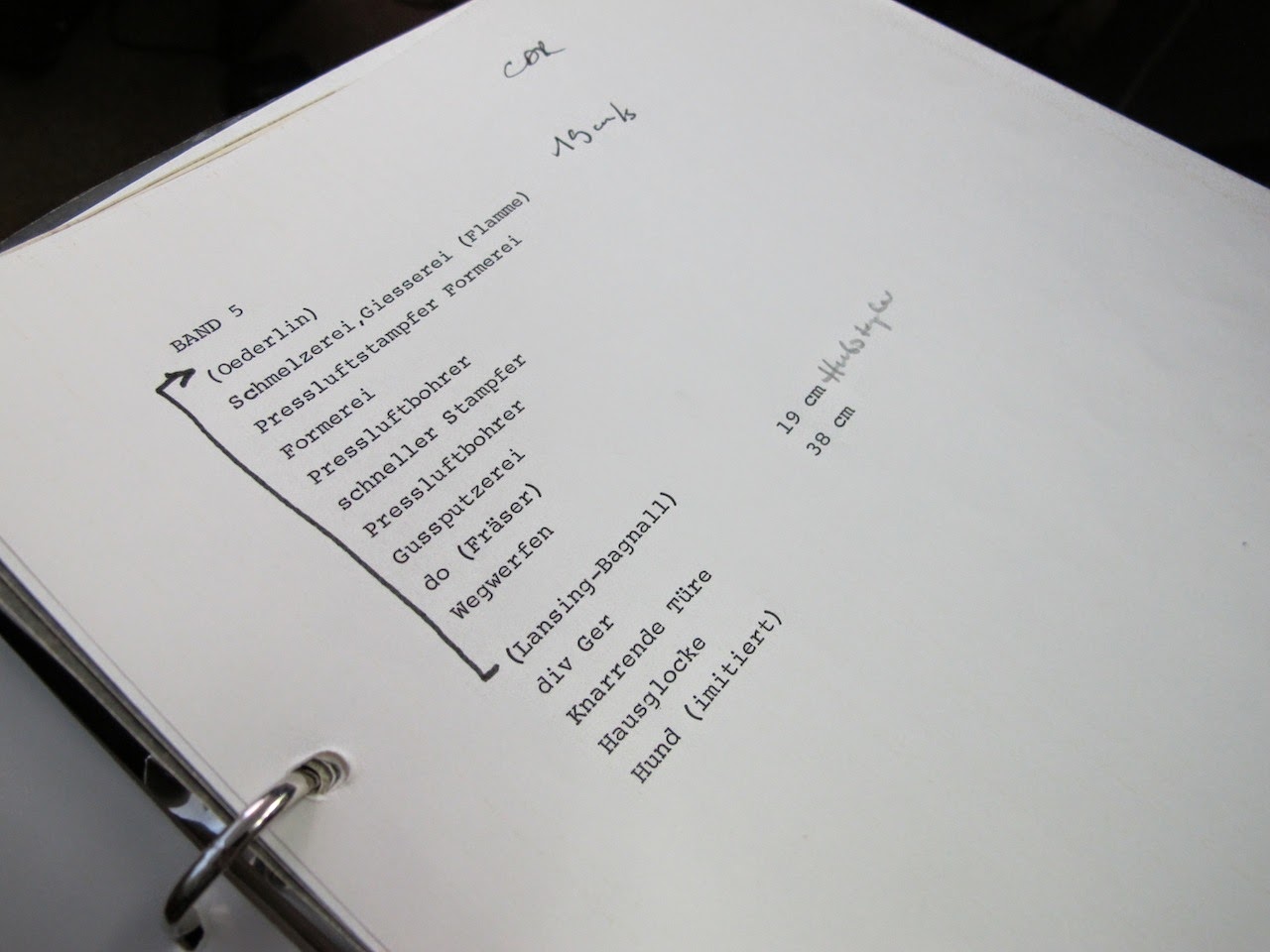 Bruno has a very well organised archive and has digitized most of his tapes. This is a page from the index of his archive of sounds and noises, showing recordings he made in factories for two of his great promotional records commissioned by the machine industry: Oederlin (iron foundry) and Lansing-Bagnall (fork lifts). The Lansing-Bagnall 7" was the first of Bruno's tracks popular among rare groove collectors. 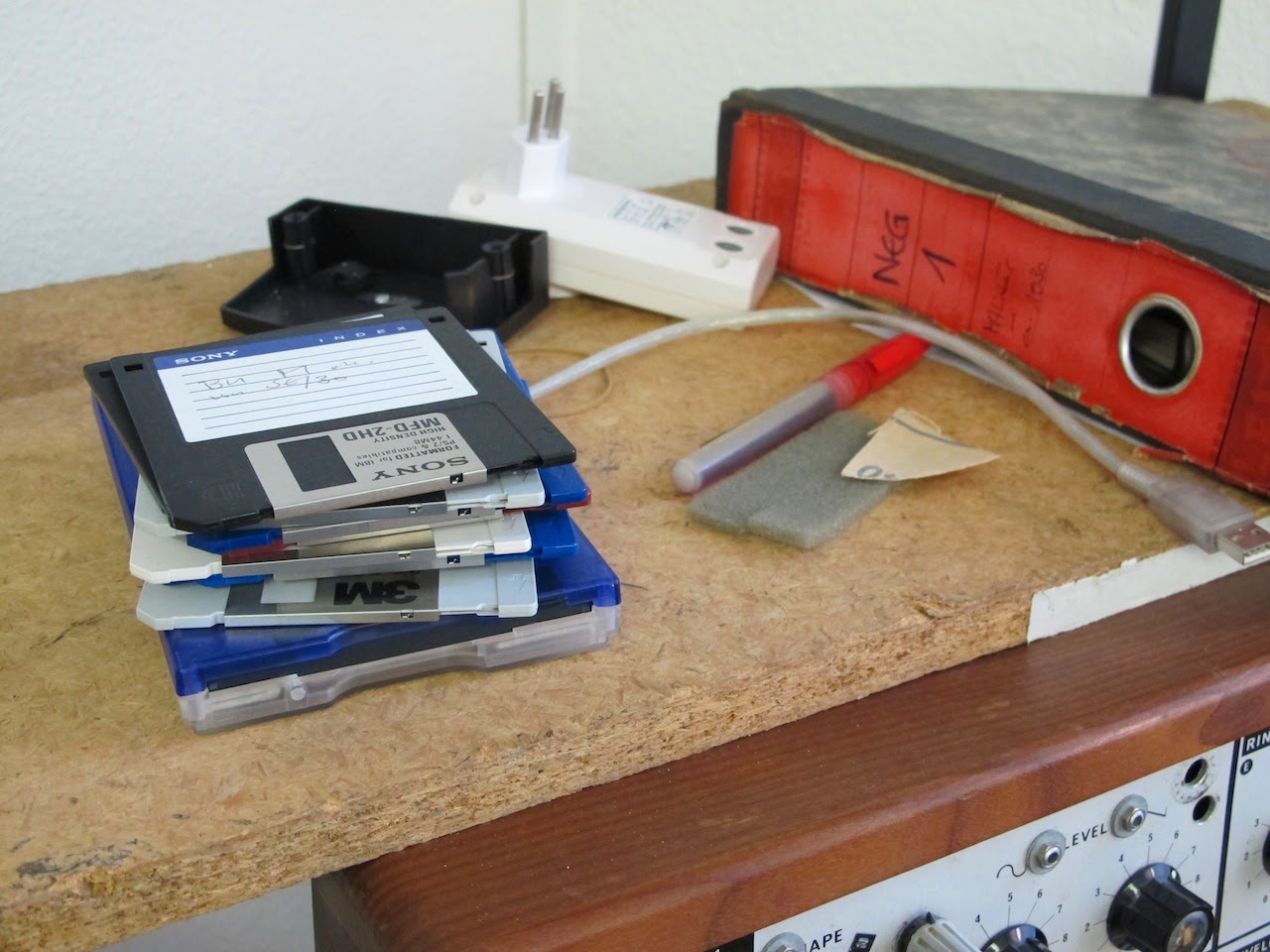 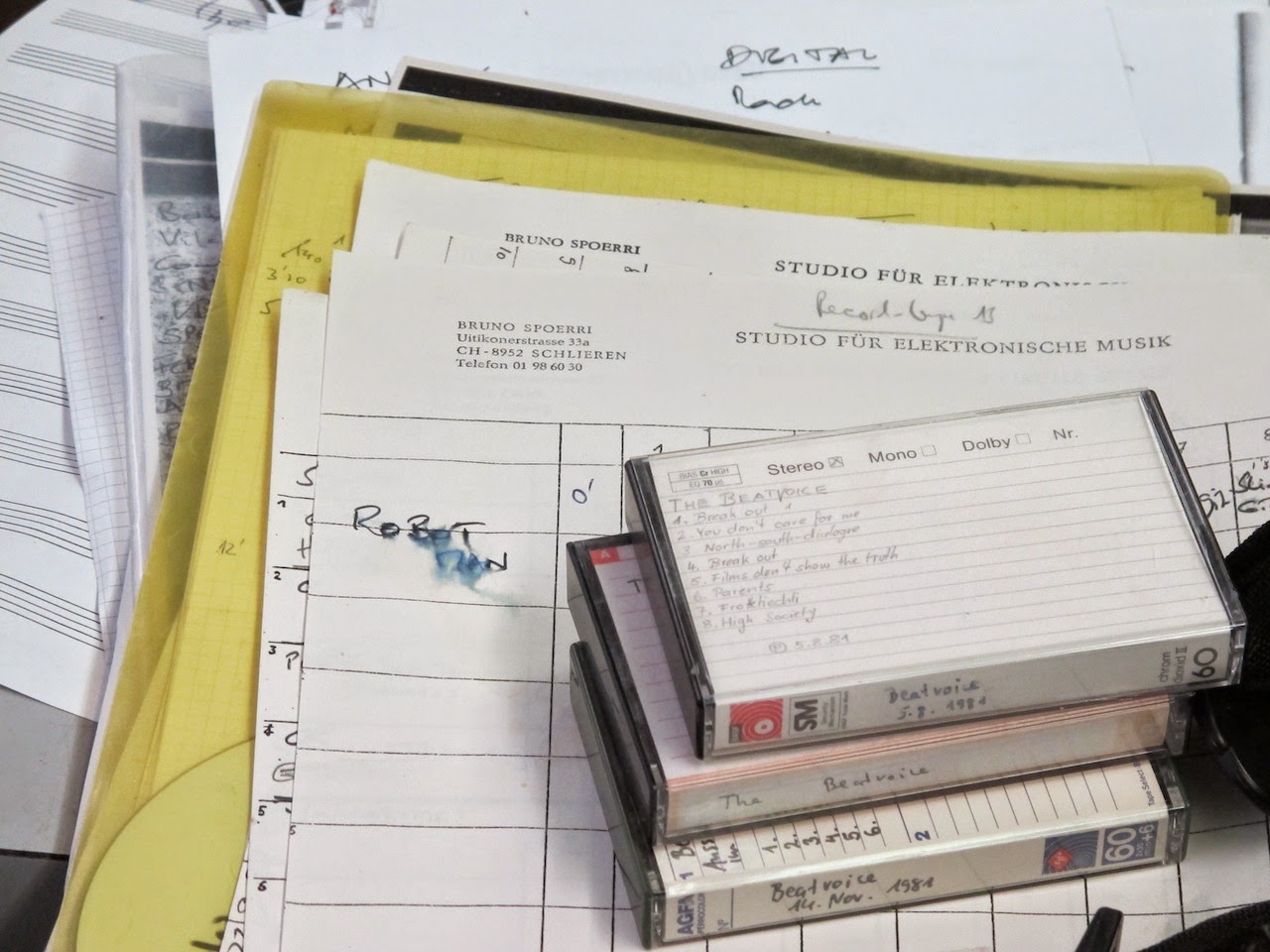 Bruno is still experimenting with new technology, ever improving his unique "computer-assisted Jazz" setup. He creates/composes machines with software and hardware that leave room for improvisation (and chance). Here he showed me a composition that involves among other things Max/Msp (he's been an early adopter) a Buchla controller (not in the picture) an iPad - and a home made controller-ball inspired by Michel Waisvisz' "Hands" and Laetitia Sonami, as he told me. 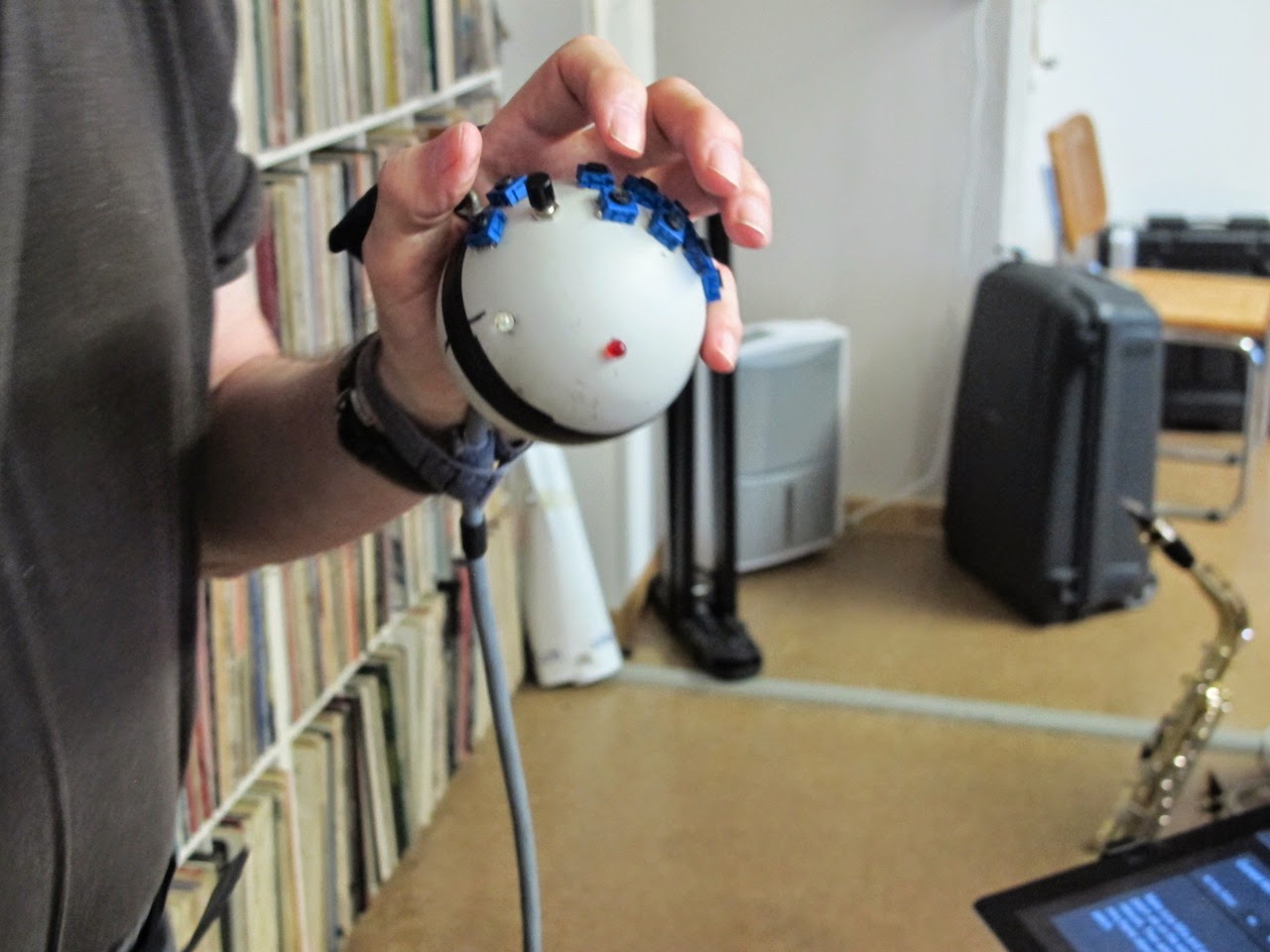 Talking about Waisvisz brought us to the Crackle Box. Of course Bruno has one: 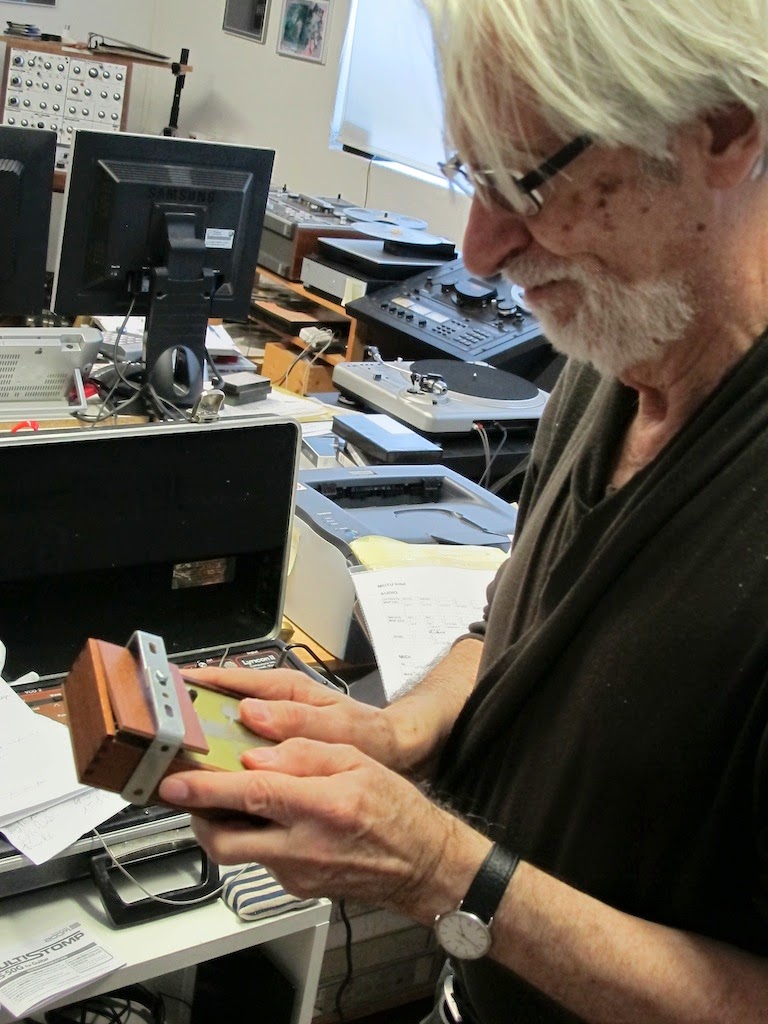 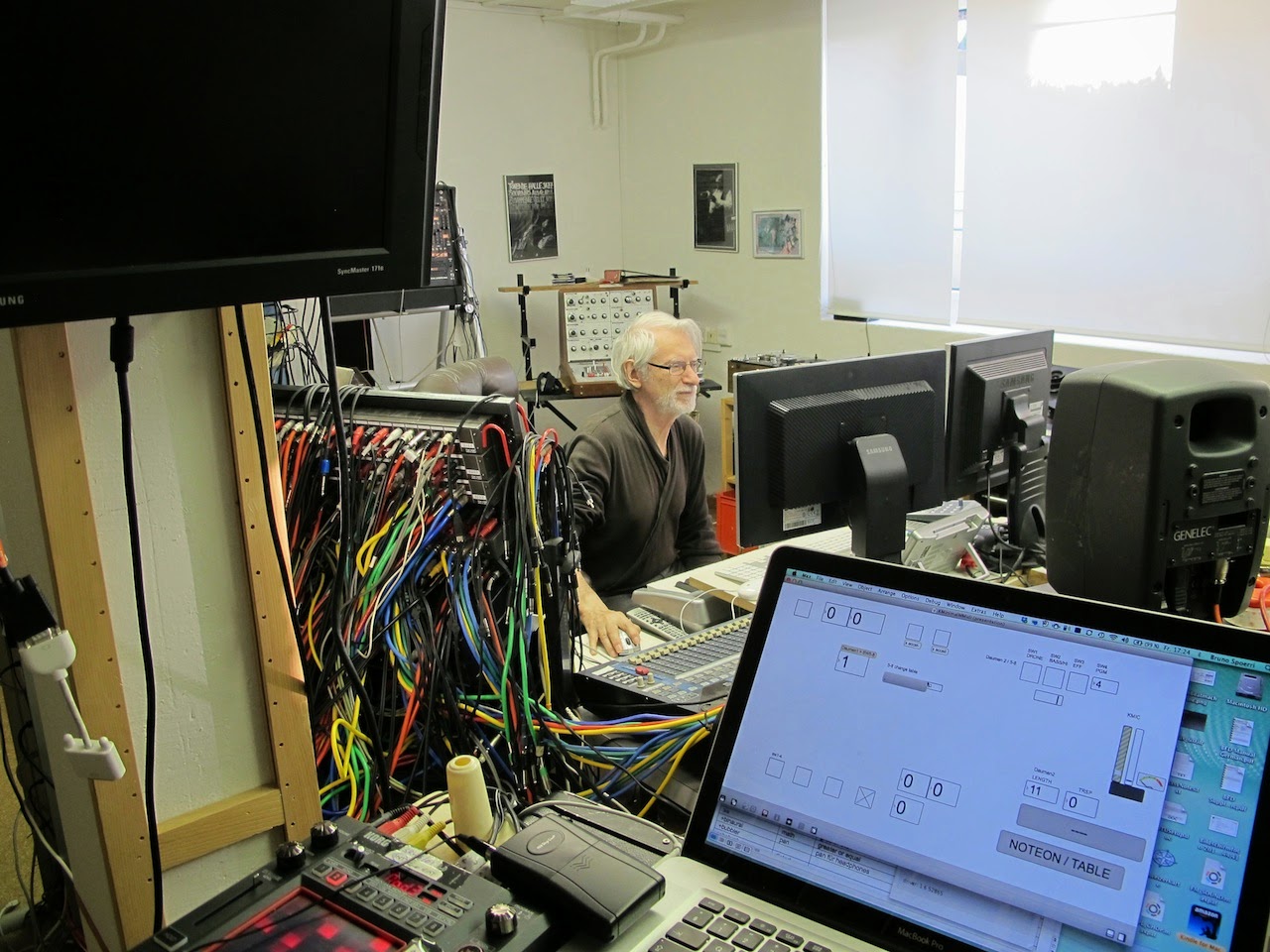 Some of Bruno Spoerri's electronic and experimental music is available through excellent compilations on Finders Keepers records. Some of his jazz band records were beautifully reissued by Sonorama.

Bruno is currently in a legal battle against Jay-Z and Timbaland because they used one of his compositions for the Lilith soundtrack from 1978 (with minimal modifications) for a track on Jay-Z's recent album without asking (he would have said yes and his phone number is on his website, would have been an easy thing). Read the story here. So, if you happen to know Jay-Z or Timbaland, please tell them to be so kind and give Bruno and Finders Keepers credits (and some decent money) for his work they re-used.

Previous Spoerri-related posts:
Irmin Schmidt (Can) and Bruno Spoerri about their collaboration
Exclusive Spoerri TV idents
Bruno's collaboration with artist Betha Sarasin
And in most of my mixes...