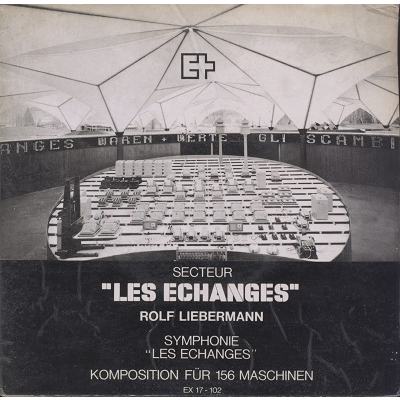 Rolf Liebermann composed this piece for the Swiss Expo (National exhibition) 1964. It was displayed as an installation in the pavillion for banking, trade, insurance, office-organisation etc. They wanted to "make the offices talk for themselves", as an "orchestra conducted by an electronic control unit". It included 16 typewriters, 18 calculator machines, 10 cash registers, 12 punching card machines, 8 telexes, 16 telephones, 1 fork lift and many other machines that were new at the time and are now obsolete.

It was Liebermann's only electronic (or mechanic) composition. He worked for months with engineers. Dr. Fritz von Ballmoos engineered the control units, Hansjörg Pauli translated Liebermann's score into computer language, Hans Harder was the sound engineer.
It was also released on 7" (cover see above), including a jazz version on the b side, played by Daniel Humair (dr), Pierre Favre (dr) and George Gruntz (prepared piano).
The piece was also an important inspiration for the Swiss pioneer of electronic Jazz/Pop/Advertising music, Bruno Spoerri. He told me it was a motivation to seriously engage in electronic music.

This text is based on an old post of mine on the same subject from 2010. I found more material on Liebermann's sound installation that I'd like to share with you - my little holiday treat.

The images are from the magazine Werk, 9/1964 (except the first one).
The  first video below is an excerpt from a film about Expo 64, produced by Paillard. Watch the full movie here. The second video is an excerpt from an UFA-Wochenschau (weekly cinema newsreel) from Germany, found here on the German Federal Archive's homepage. The footage is from a concert premiere made before Expo 64, but it contains a memorable quote from Liebermann: "About the musical value, he says: It has a musical form and through that it became a piece of music. Form, rhythm and color are there, but what's missing to become music is melody and harmony. So we cannot really call it music, but only a formed piece made from machines."
Do not miss this other video about Les Echanges from Swiss TV, with great footage and a sweet anecdote from the composer: "When the federal council [Swiss heads of state] came to visit, nothing worked. We found the reason: rats from the nearby lake shore had nibbled on the isolation of the cables causing all sorts of short circuits." Problems Liebermann didn't have at his day job as the artistic director of the Hamburg State Opera... 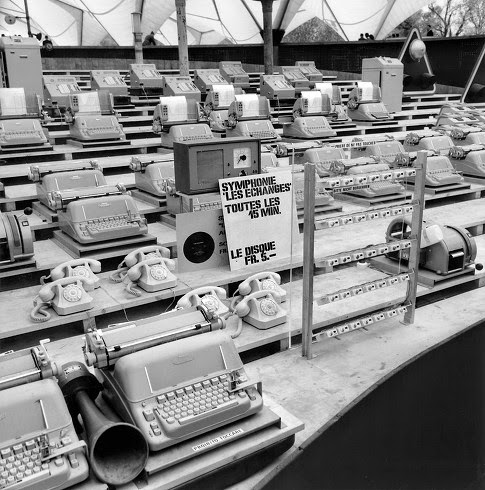 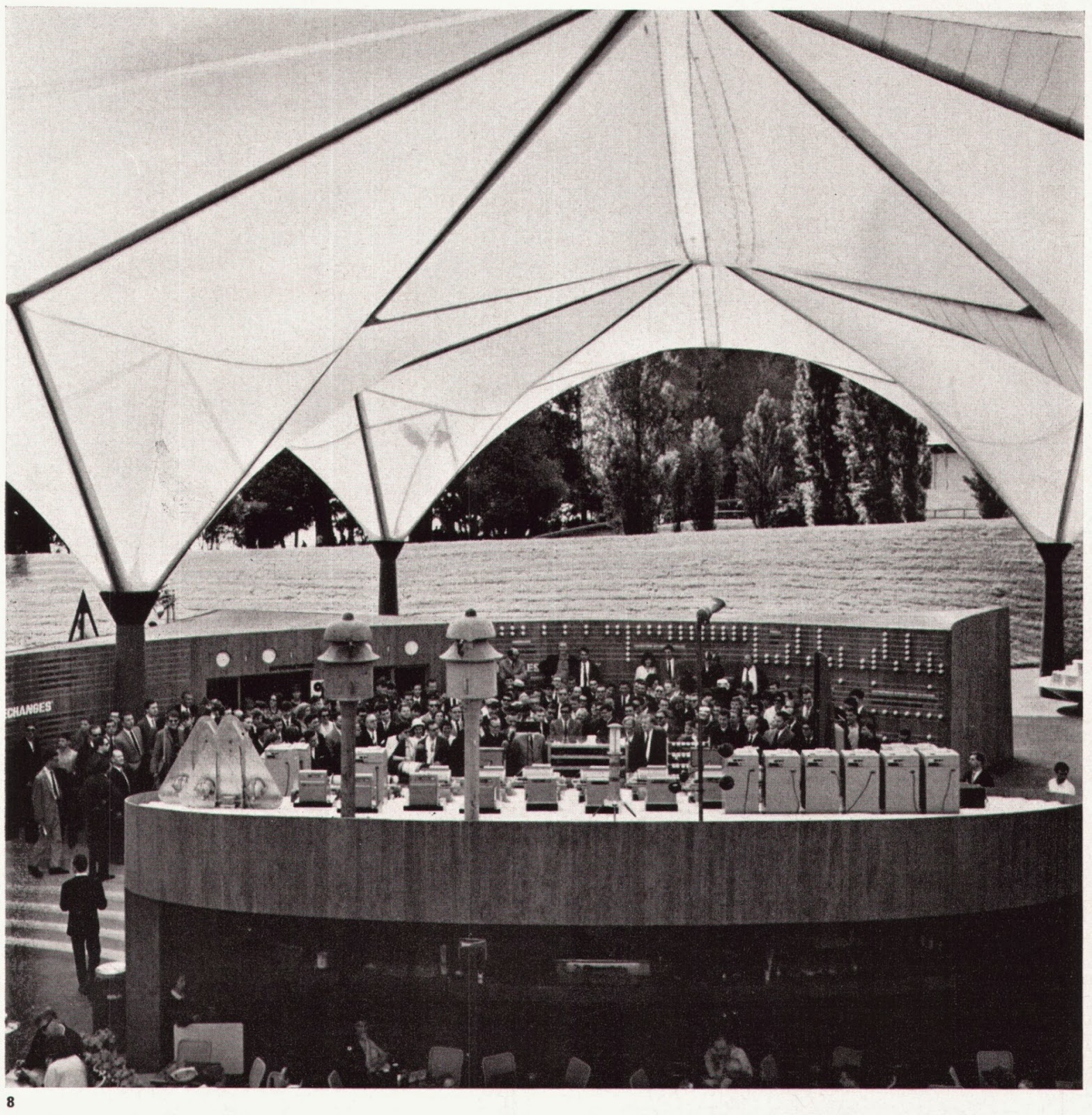 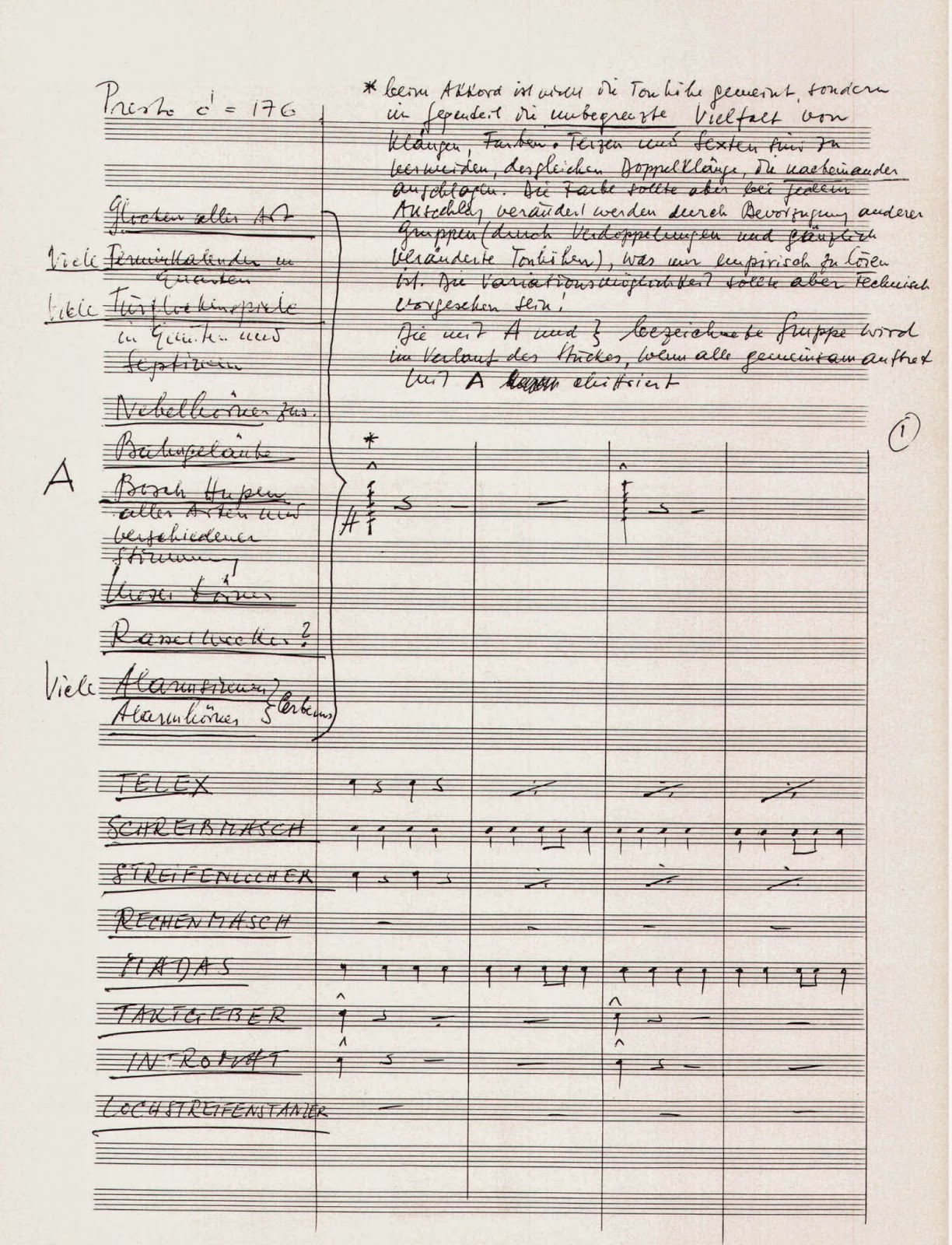 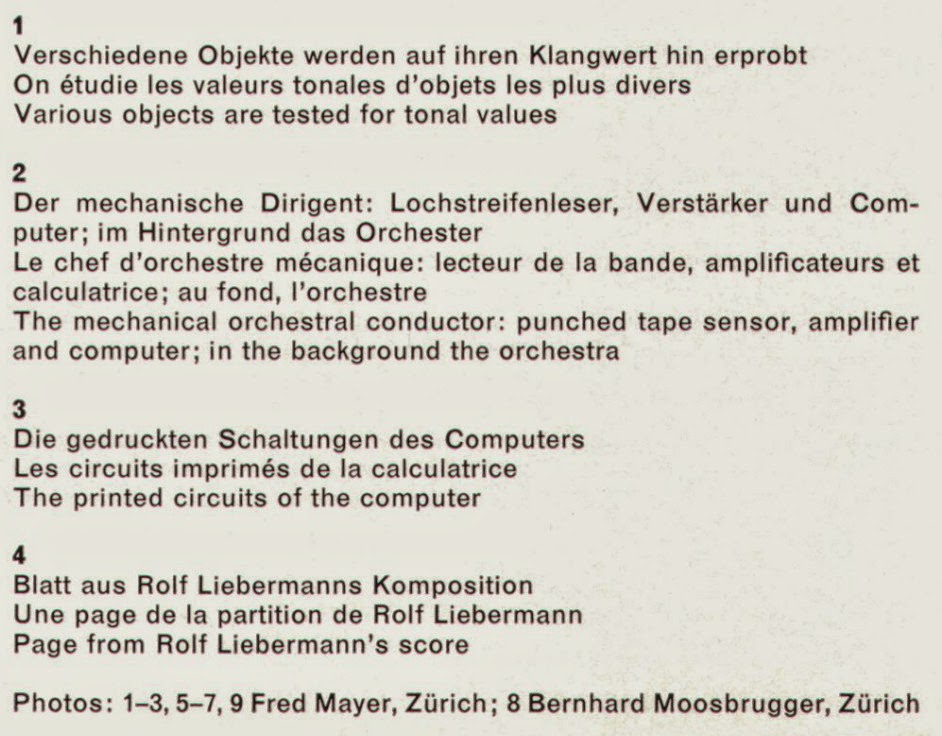 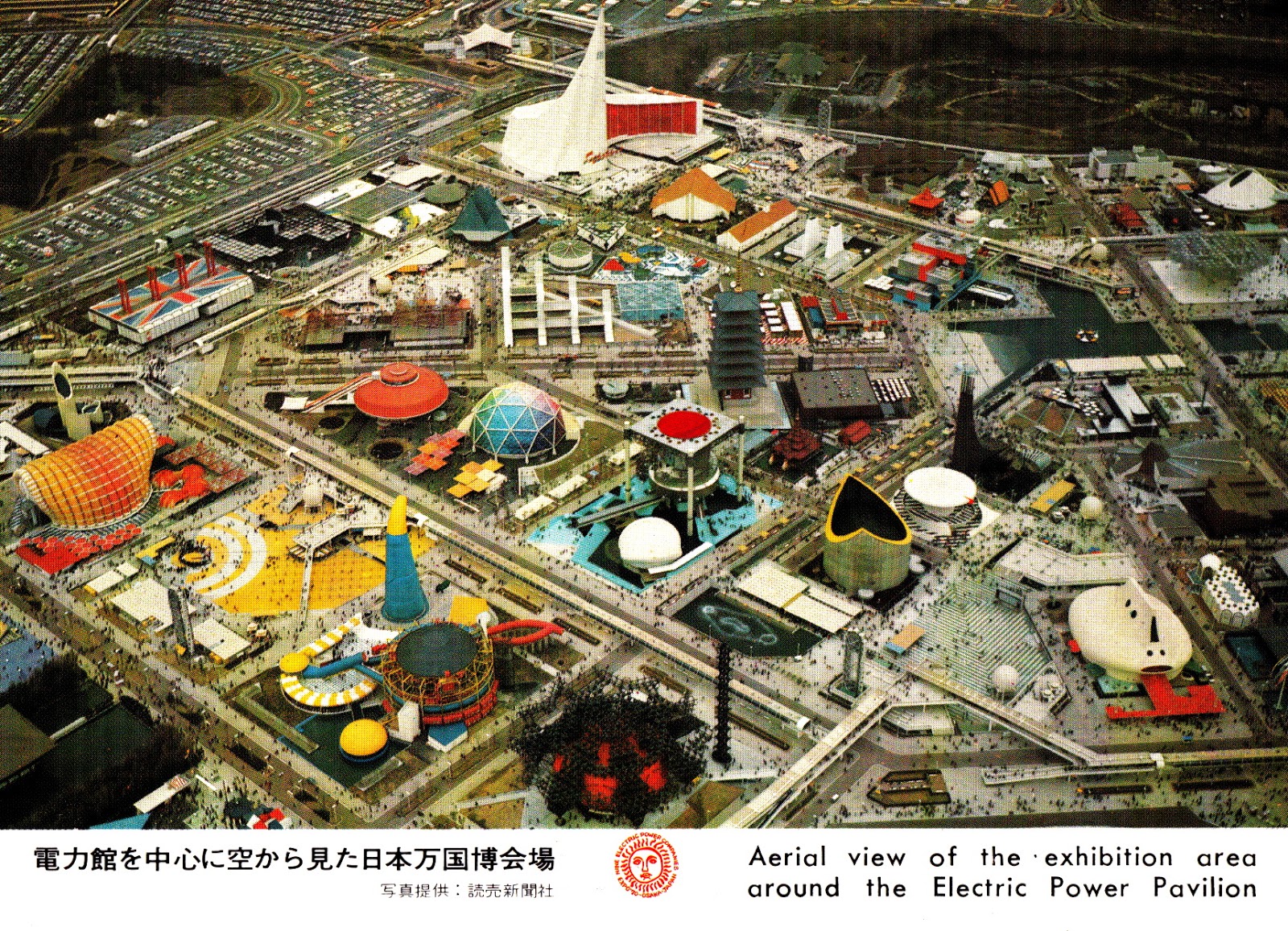 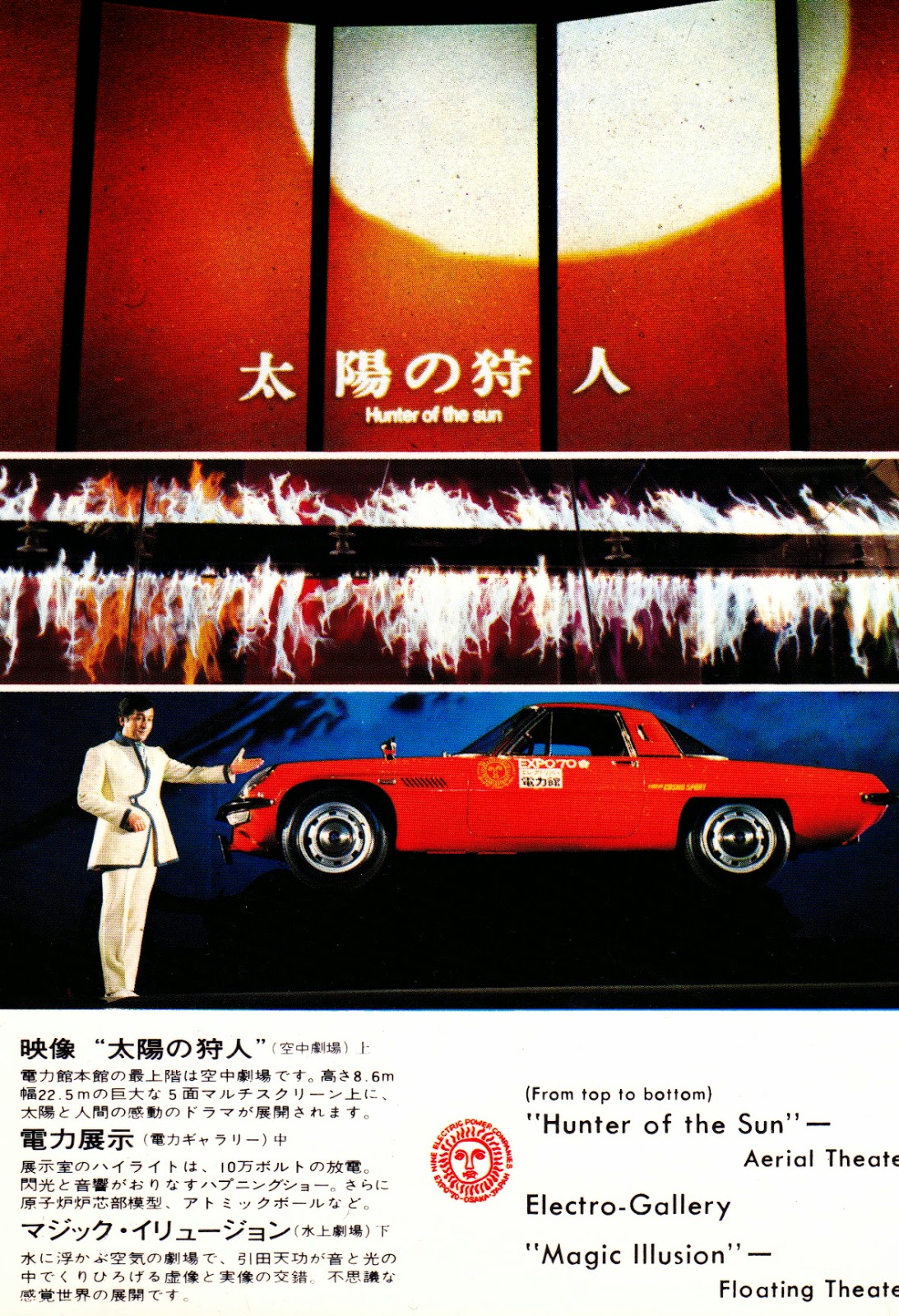 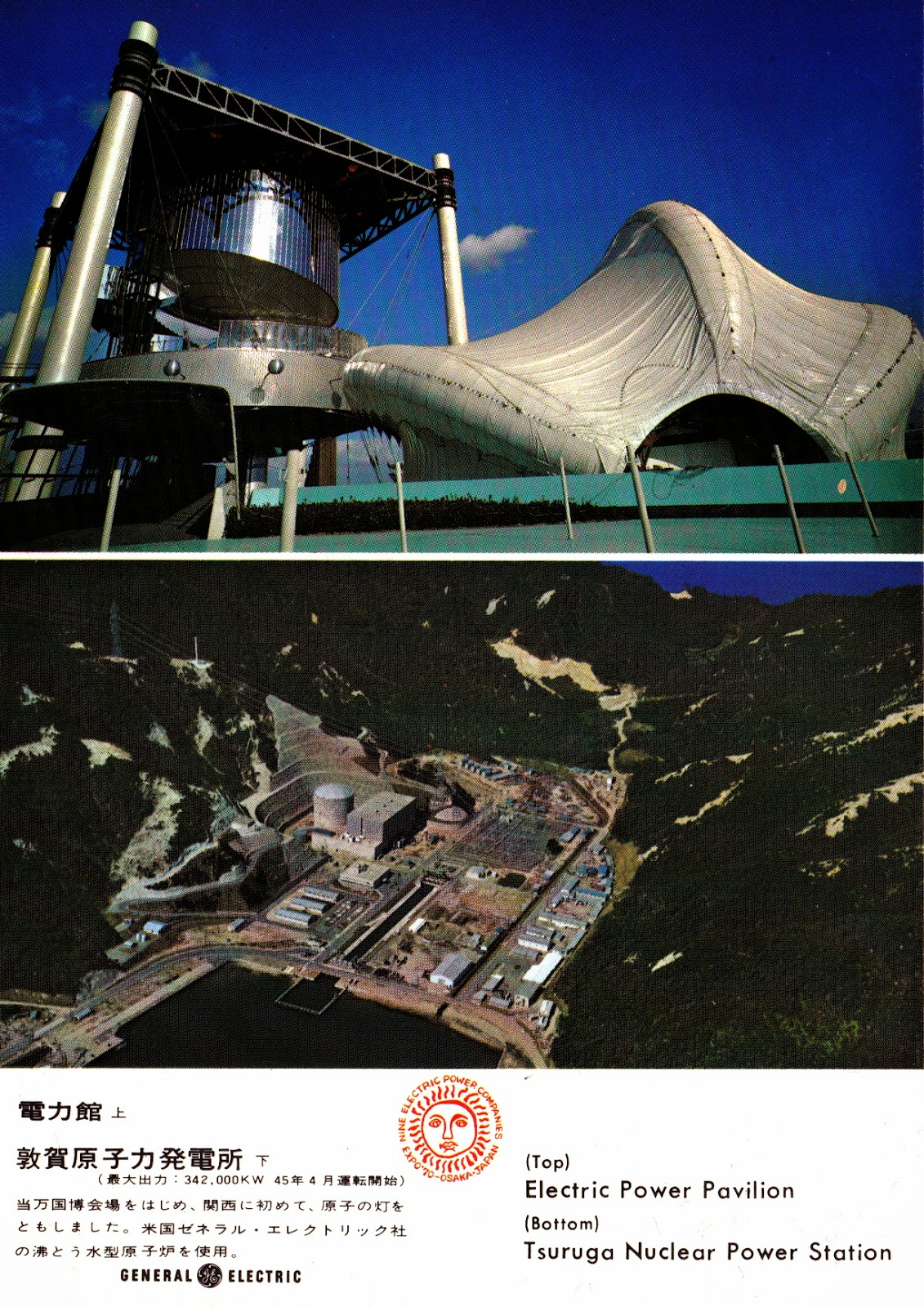 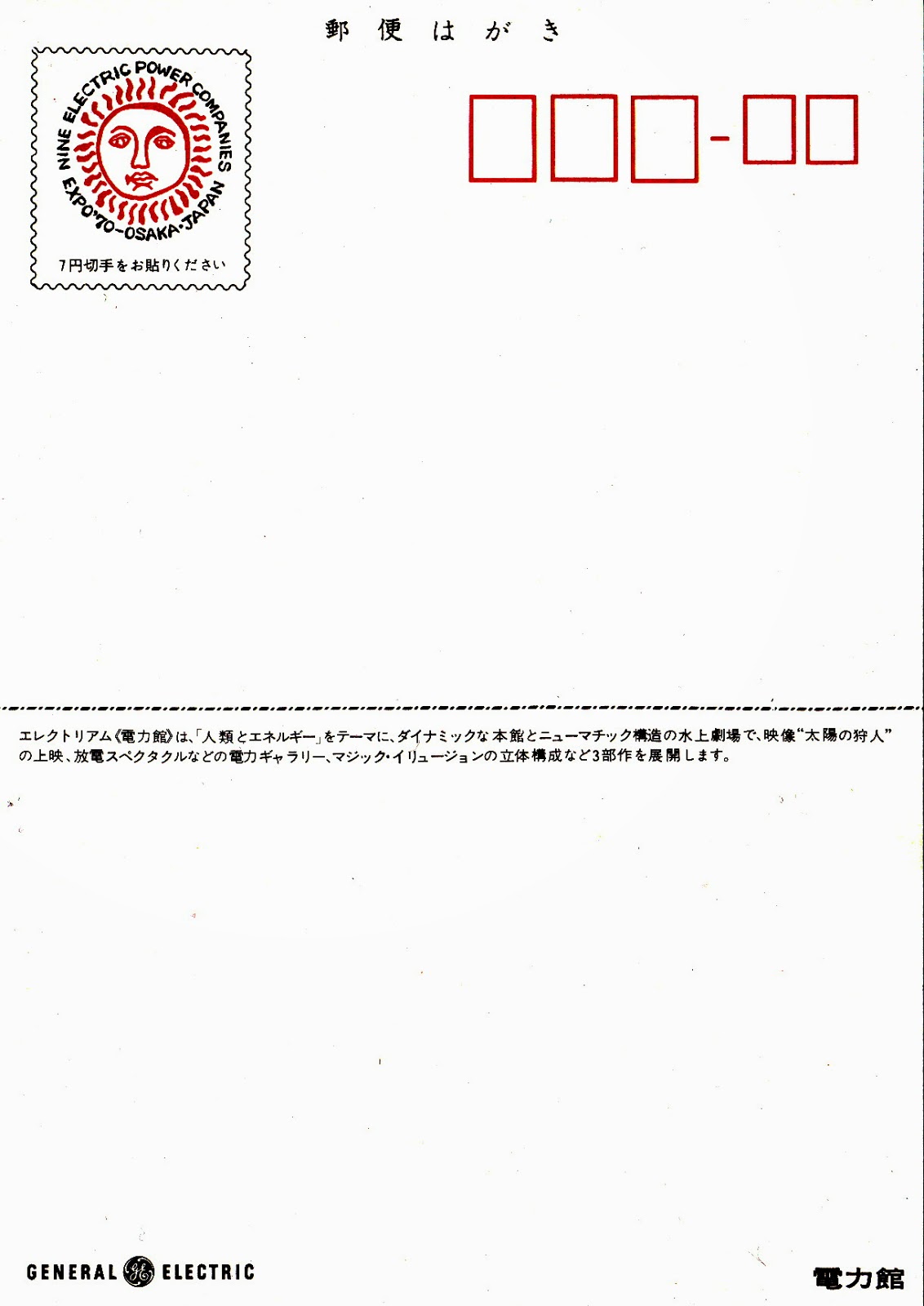 I'm still in Expo mood (waiting for the Expo issue of the Modernist Magazine) and today, I stumbled upon these postcards from Expo 70 in Osaka I found years ago in Tokio. Taking a closer look today, it's strange to look at this celebration of atomic energy post-Fukushima. And indeed, the Tsuruga nuclear power plant depicted here, opened in the year of the Expo, had it's first accident only 4 years later, and it wasn't the last.

On a lighter note, here's the Expo 70 contribution of Bruno Spoerri's Metronome Quintet (reissued by Sonorama): 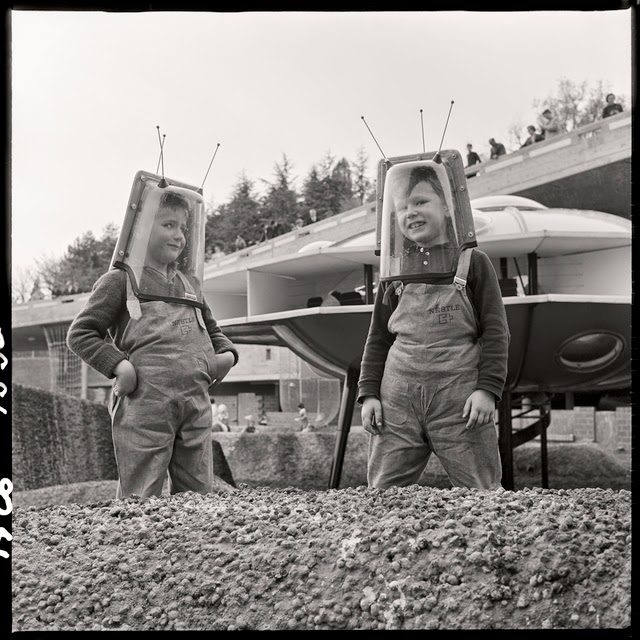 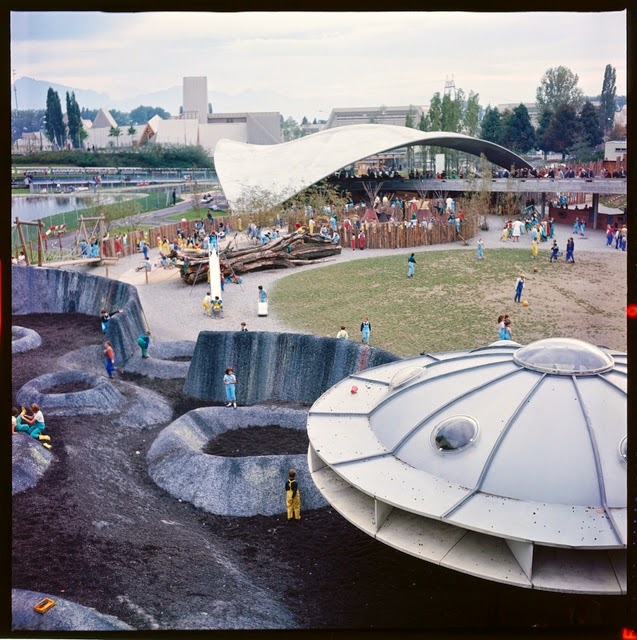 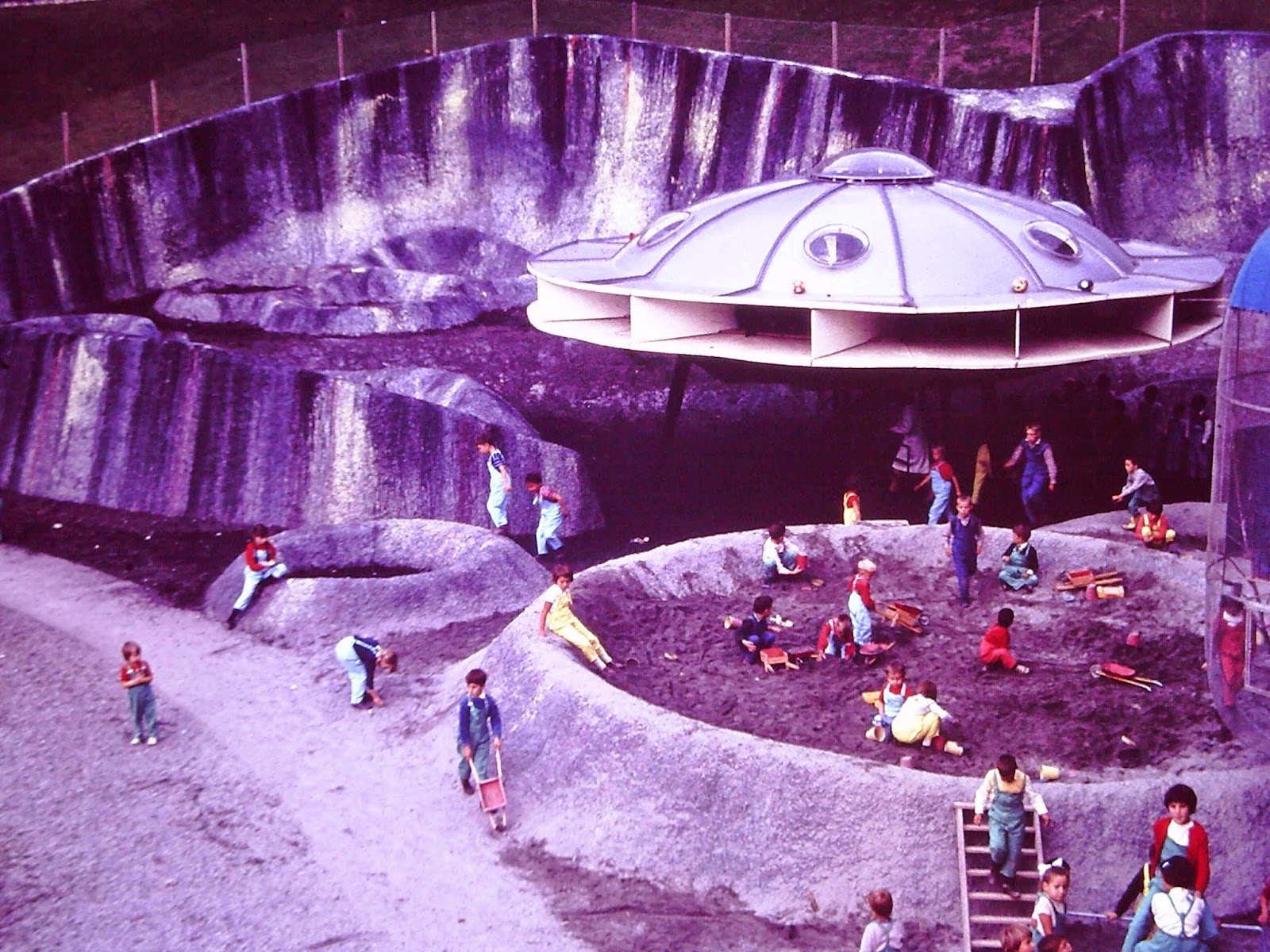 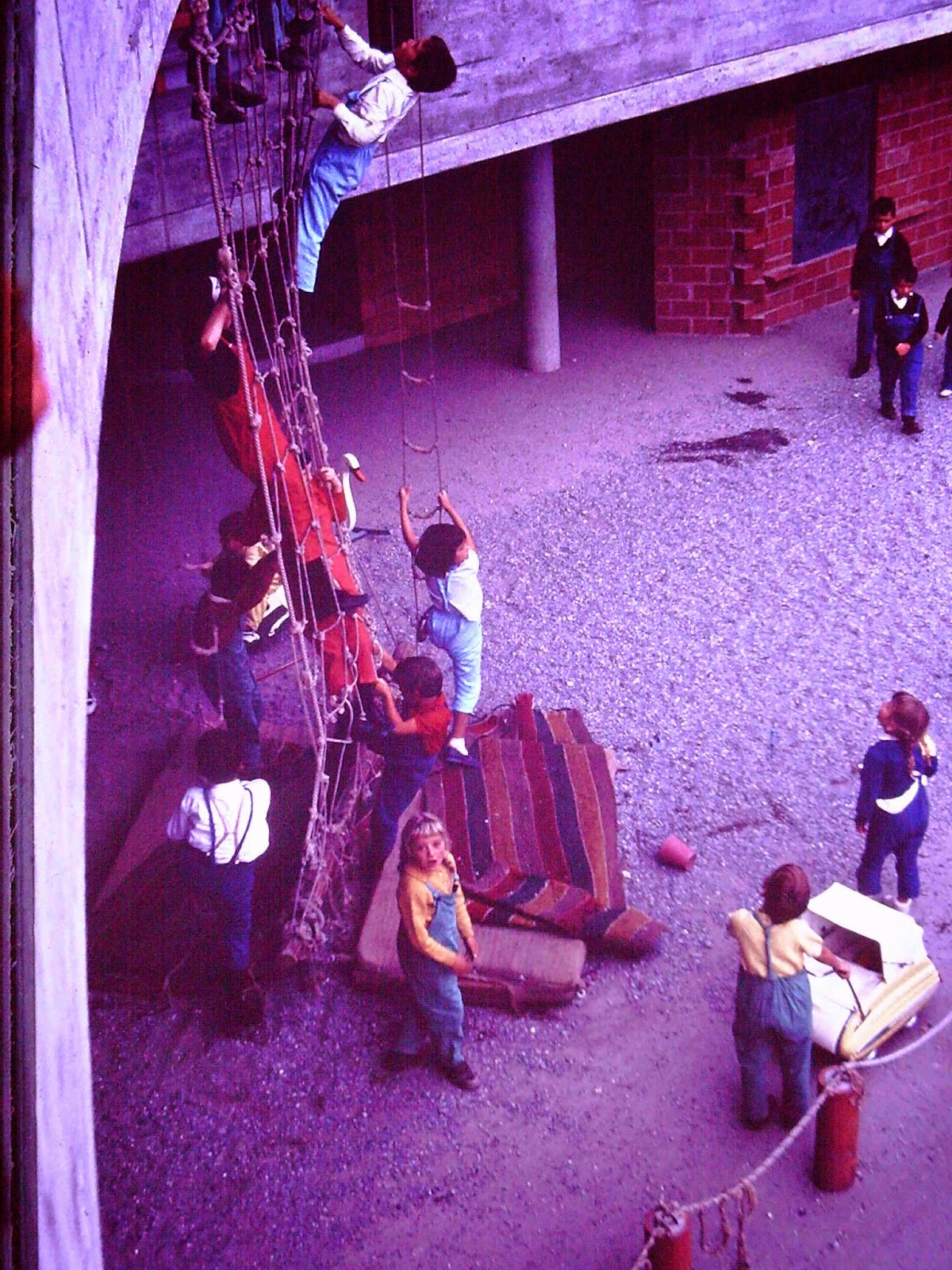 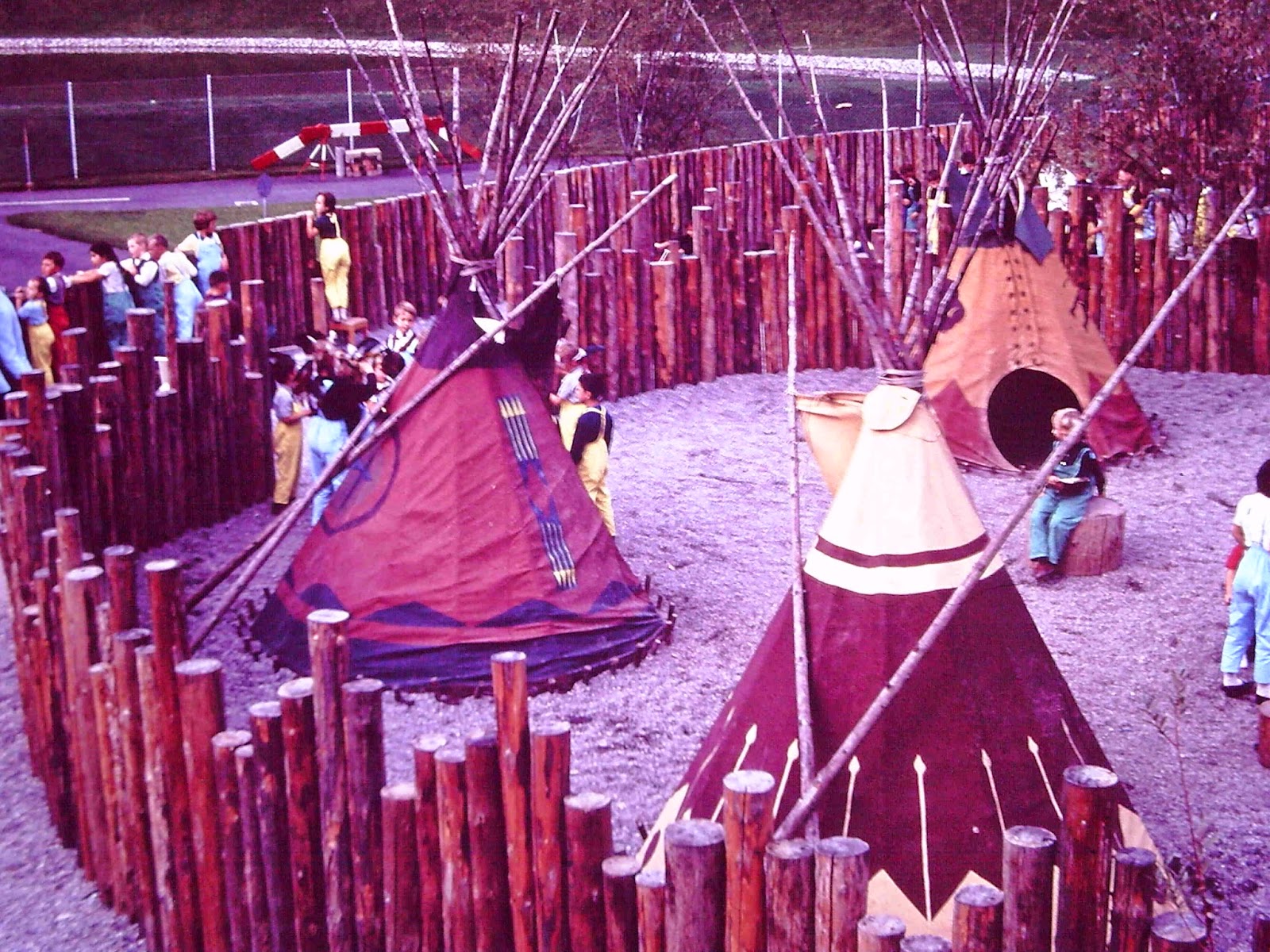 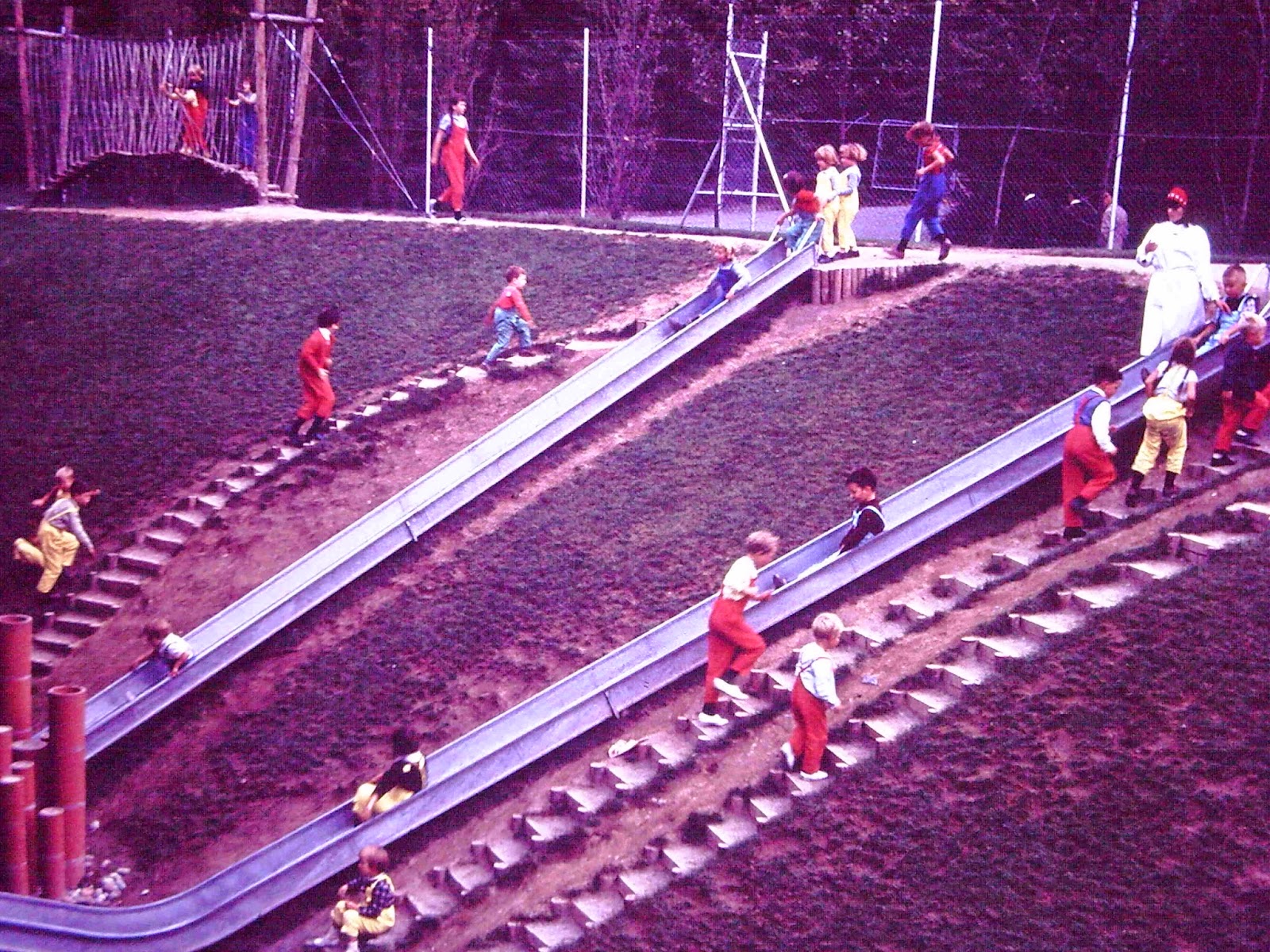 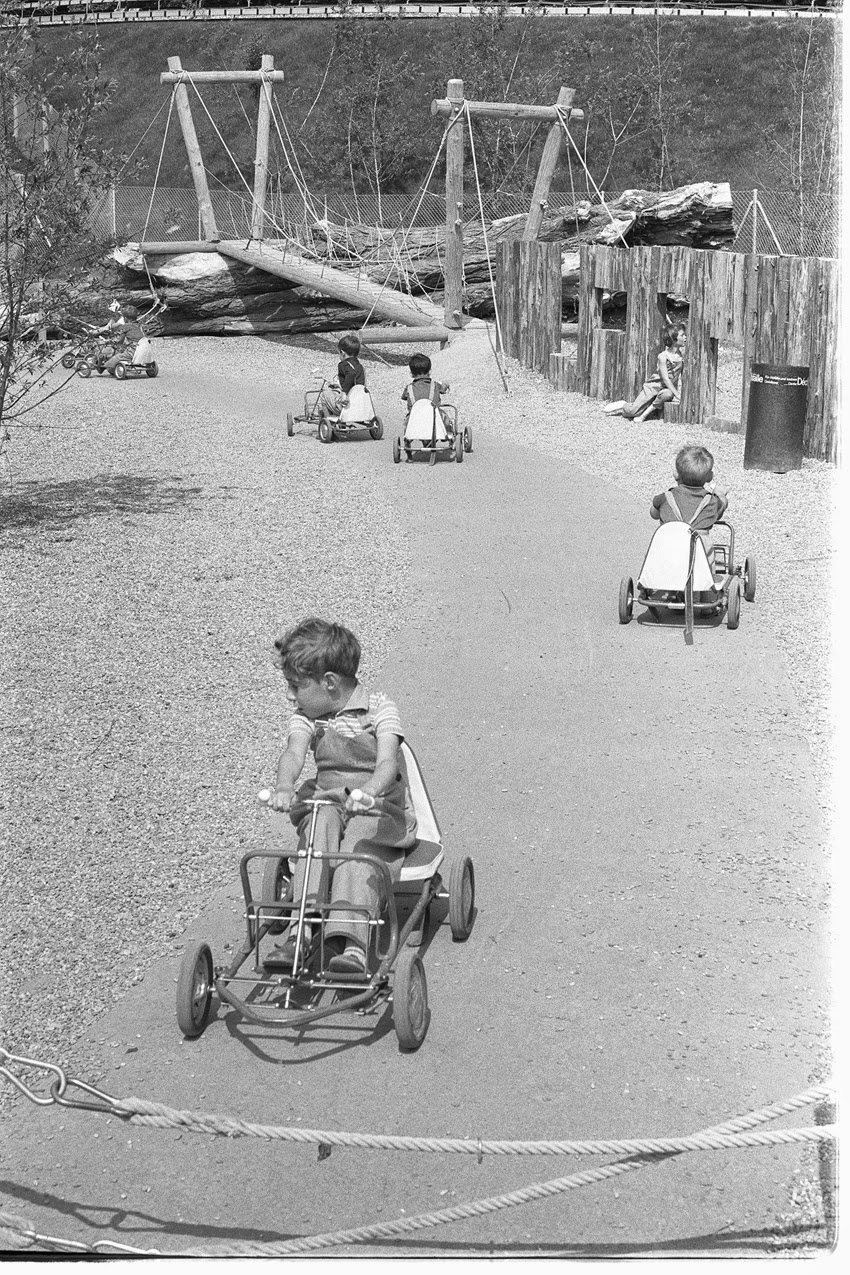 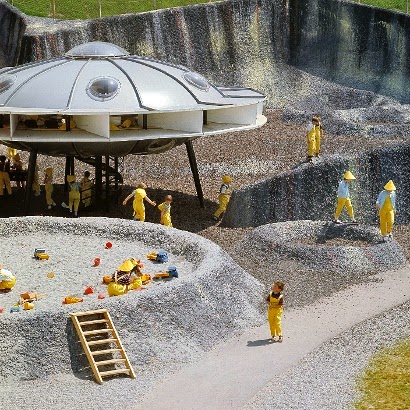 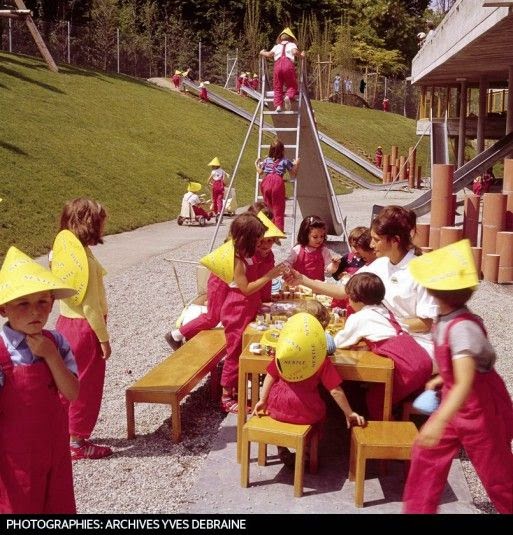 Some images from the Nestlé sponsored children's pavilion at Expo 64, the Swiss National Exhibition 1964 in Lausanne. The playground was apparently based on concepts of the adventure playground. The elegant concrete roof by architect Michel Magnin is among the very few structures from Expo 64 still standing today. The other one is a part of Max Bill's pavilion, now the Théâtre de Vidy.
I'm also posting this because I had the pleasure to write about Expo 64 for the Expo themed new issue of the excellent Modernist magazine. More about that later.

And let's see if I can cram some more posts about Expo64 into the year of its 50th anniversary.
Click here for previous Expo 64 posts.

Sources:
1-2 Musée Historique de Lausanne
3-6 by Josiane Blaser-Noverraz from her Expo64 album at notrehistoire.ch
7-9 via this Pinterest album