The German station ZDF used to broadcast this intro before showing horror and fantasy movies in their series "der phantastische Film" they started in 1970. The animation was made by none other than Heinz Edelmann (of Yellow Submarine fame).
(and Happy Halloween, dear American readers.)

Update:
On this blog, I found the following drawings and film stills: 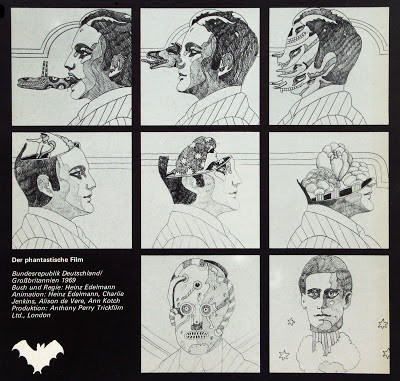 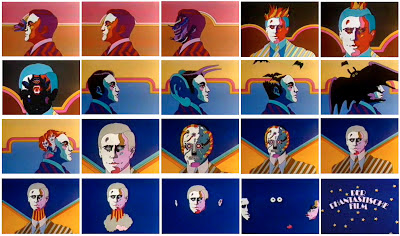 Update: The Thalassa soundtrack seems to be by Guy Pedersen! Got this information via the great Stop Making Sense blog.


I travelled around the world on YouTube again to find more interesting TV idents. Watch the clip from a Swedish sports show above and you'll know what the motto for TV ident month II is.
While we're in Sweden, we should also watch the following two "vinjetts":


If you missed the first TV ident month here in Dispokino, click here.