The wonderful cosmos of die Welttraumforscher 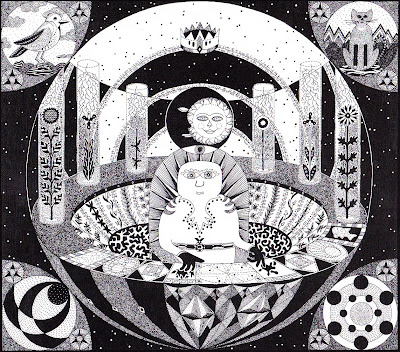 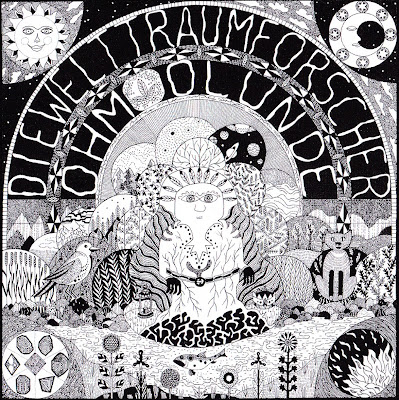 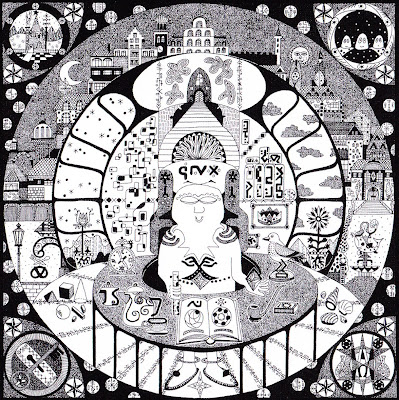 
Die Welttraumforscher  is definitely one of the most interesting and interestingly weird idiosyncratic things originating from Switzerland.
"Die Welttraumforscher" is a German play on words that means both “the world dream researchers” and “the space/universe explorers” (Welt = world, traum = dream, Weltraum = space/universe). Christian Pfluger, the man behind the project, has been creating his own cosmology with songs, drawings and texts since 1981 often refering to the Welttraumforscher's music as Outer Space Folk (Folklore des Weltalls). He has released dozens of cassettes, CDs, and records, as well as books.
I had the honour to DJ at the 30th anniversary of die Welttraumforscher last week. It was also the release party for a lush vinyl reissue of his first cassette on the great A Tree In A Field label containing an amazing booklet with drawings. Listen to the whole record (and buy it) on their website. I have also released one of his EPs on my netlabel some time ago - get it here for free.
Eingestellt von dispo um 21:08