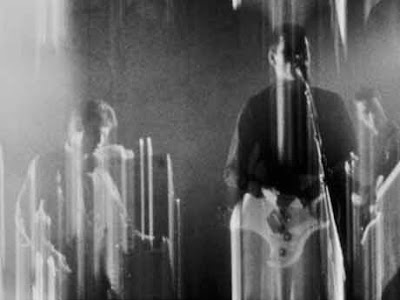 Christoph Dreher and Heiner Mühlenbrock's "Okay Okay. Der moderne Tanz" is (probably a bit too) exactly what I expected from a debut movie by film school punks in West Berlin in 1980: urban decay & mean modernism, concrete, scrap yards (incl. junk press action), garbage dumps etc., set against a soundtrack of Pere Ubu, Chrome, Wire and co. A fine movie, beautifully photographed. It contains some fantastically filmed footage from a Wire concert at the legendary SO36 club (picture above) and the following haunting final scene with music by the Residents. Luckily one minute of it was used in a TV documentary and put on YouTube: