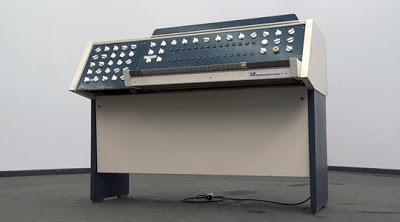 I had the chance to attend an amazing event in Berlin recently. It was about the history of the Subharchord and took place at the Funkhaus Nalepastrasse.
The Funkhaus Nalepastrasse (architect: Franz Ehrlich) was the home of the radio broadcasting organisation of East Germany from 1956 to 1990. In its heyday, 3000 people worked there.
Its core are top notch recording studios for big and small orchestras, still known for their acoustics and in use (in need for some restoration though).
The Subharchord was a proto-synthesizer developed in the GDR in the 1960s. Based on the Trautonium (1930), it continued the pre-war history of electronic instruments in Germany.
In the context of the CTM festival 2013, its developer Gerhard Steinke talked about the instrument, film maker Ina Pillat showed excerpts of her forthcoming documentary about it (see video above), and two newly commissioned compositions for the instrument were played (by Biosphere and Frank Bretschneider). Furthermore, US-composer Frederic Rzweski talked about his experience of working with the Subharchord in East Berlin in the middle of the cold war, crossing the border from West to East Berlin every day. He also said that the fact that he worked with technology from the other side of the iron curtain made it difficult to play the resulting piece in the west. Nobody believed that something good could come from there. The event was also a gathering of GDR engineers involved in the project and the building. It was good to see that their work got some appreciation after having been largely dismissed for a long time after the fall of the Wall because they had created their top out-put in the wrong country.
Here are some (mobile phone-) pictures I took during the event. 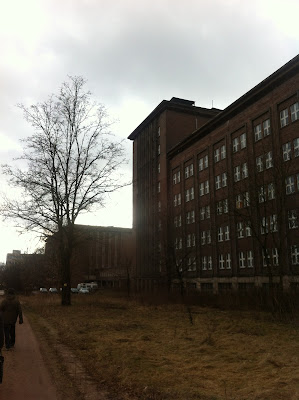 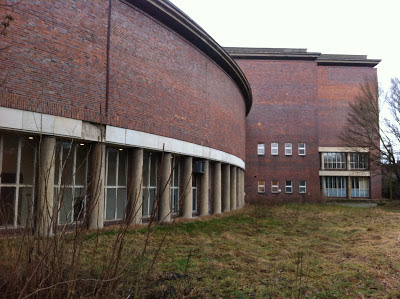 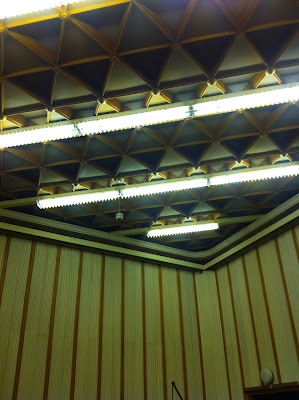 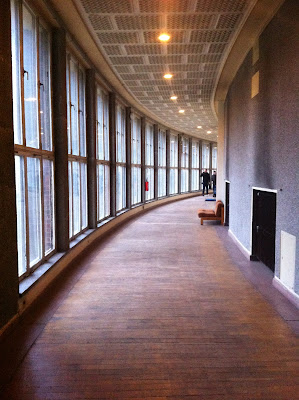 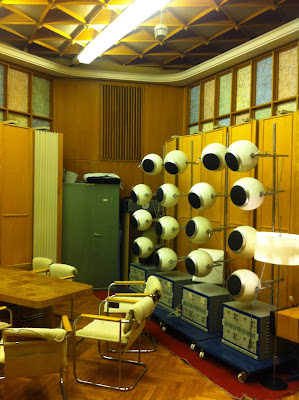 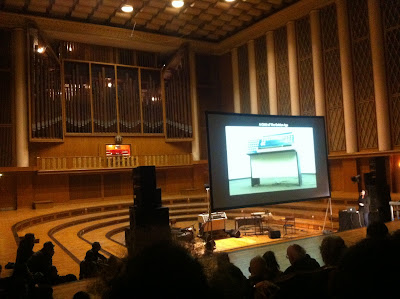 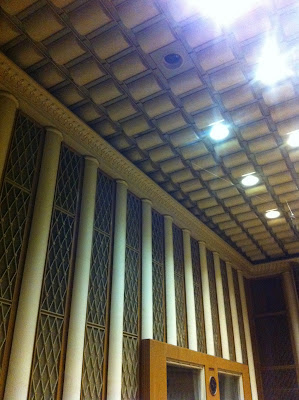 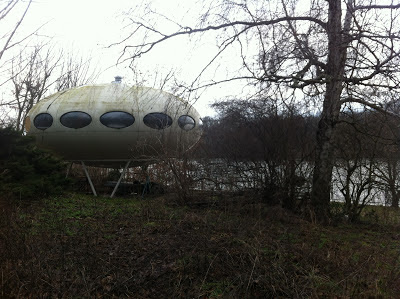 Since 2008, there's a Futuro House (architect: Matti Suuronen, produced in Finland 1968-73) next to the Funkhaus. That's a whole different story, but was a nice addition to my afternoon of time travel. More information about this particular Futuro House here.